FRESNO, Calif. (KFSN) -- A disturbing case of animal cruelty in Southwest Fresno.The Central California SPCA said two dogs were set on fire at the hands of people and tortured to death.

Pictures from the scene showed one dog was tied up just feet away from the other. Walter Salvari with the CCSPCA said both were tortured and burned alive.

"It was a horrific scene to watch and of course, the pictures that came from investigators. It's just something that really shouldn't be happening in our community."

Salvari said the call came in on Thursday and the next day humane officers went out to take a look. Salvari said there were several butane tanks scattered across this empty field. The butane was likely used to set the dogs on fire tires, and pieces of wood were also burned.

James Sanders lives nearby and he recognized one of the dogs.

"He used to be around here, as a matter of fact, it had some puppies over here in this field, that might have been a stray."

The SPCA believes both were strays and because they were found behind an abandoned home, near Church and Farris, Salvari suspects the person, or people, who killed them may have been transients.

At this point, the SPCA is searching for leads and offering a $1,000 reward for information leading to an arrest and conviction.

If you have any information about this case, you can call the Central California SPCA. You can also help the cause by dropping off a donation at the shelter. 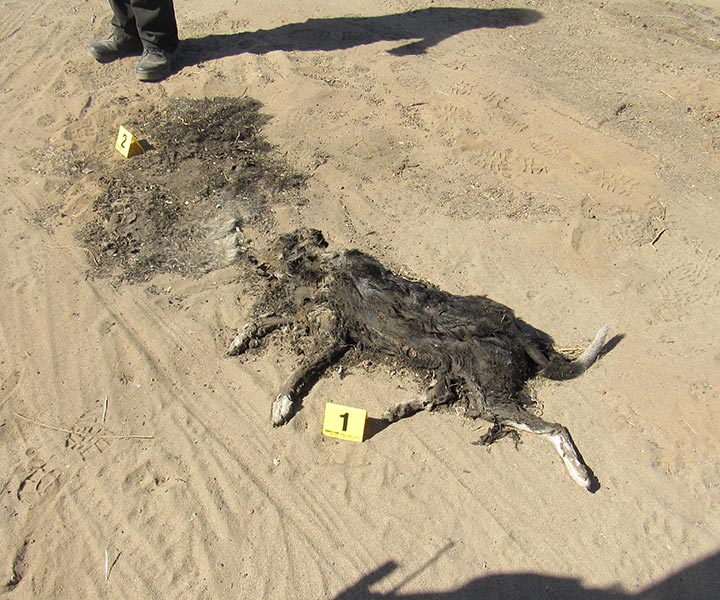 A picture of a tortured and burned dog that appears to be missing it's head. 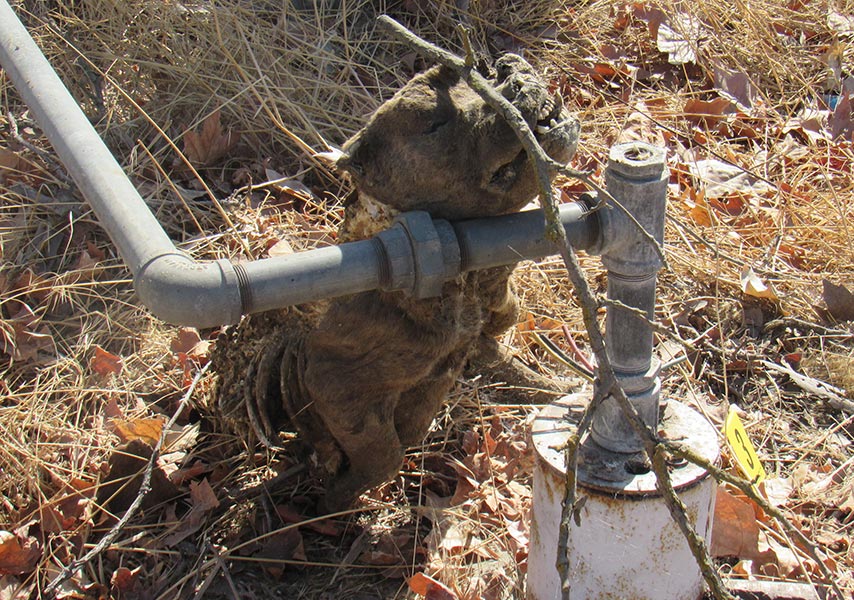