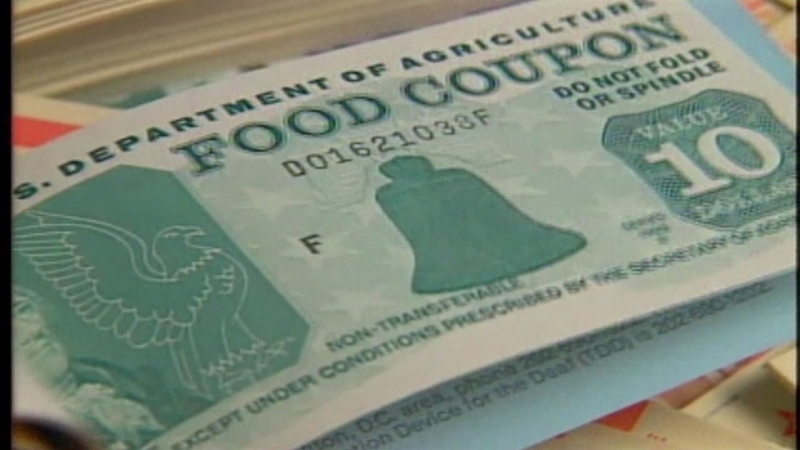 WASHINGTON, D.C. -- The Trump administration is setting out to do what this year's farm bill didn't: tighten work requirements for millions of Americans who receive federal food assistance.

The U.S. Department of Agriculture proposed a rule Thursday that would restrict the ability of states to exempt work-eligible adults from having to obtain steady employment to receive food stamps.

Passage of the farm bill followed months of tense negotiations over House efforts to significantly tighten work requirements and the Senate's refusal to accept the provisions.

Currently, able-bodied adults ages 18-49 without children are required to work 20 hours a week to maintain their SNAP benefits. The House bill would have raised the age of recipients subject to work requirements from 49 to 59 and required parents with children older than 6 to work or participate in job training. The House measure also sought to limit circumstances under which families that qualify for other poverty programs can automatically be eligible for SNAP.

None of those measures made it into the final farm bill despite being endorsed by President Donald Trump. Now the administration is using regulatory rulemaking to try to scale back the SNAP program.

Work-eligible able-bodied adults without dependents, known as ABAWDs, can currently receive only three months of SNAP benefits in a three-year period if they don't meet the 20-hour work requirement. But states with an unemployment rate of 10 percent or higher or a demonstrable lack of sufficient jobs can waive those limitations.
States are also allowed to grant benefit extensions for 15 percent of their work-eligible adult population without a waiver. If a state doesn't use its 15 percent, it can bank the exemptions to distribute later, creating what Agriculture Secretary Sonny Perdue referred to as a "stockpile."

The USDA's proposed rule would strip states' ability to issue waivers unless a city or county has an unemployment rate of 7 percent or higher. The waivers would be good for one year and would require the governor to support the request. States would no longer be able to bank their 15 percent exemptions. The new rule also would forbid states from granting waivers for geographic areas larger than a specific jurisdiction.

Perdue said the proposed rule is a tradeoff for Trump's support of the farm bill. He is expected to sign it on Thursday.

"The president has directed me to propose regulatory reforms to ensure those who are able to work do so in exchange for their benefits," Perdue said during a media call Wednesday. "We would much rather have Congress enact these important reforms for the SNAP program. However, these regulatory changes by the USDA will save hardworking taxpayers $15 billion over 10 years and give President Trump comfort enough to support a farm bill he might otherwise have opposed."

The USDA in February solicited public comment on ways to reform SNAP, and Perdue has repeatedly voiced support for scaling back the program.
The Trump administration's effort, while celebrated by some conservatives, has been met with criticism from advocates who say tightening restrictions will result in more vulnerable Americans, including children, going hungry.

A Brookings Institute study published this summer said more stringent work requirements are likely to hurt those who are already part of the workforce but whose employment is sporadic.

House Agriculture Chairman Michael Conaway, R-Texas, was the primary champion for tighter SNAP work requirements in the House farm bill. He praised the proposed rule for "creating a roadmap for states to more effectively engage ABAWDs in this booming economy."

The top Democrat on the Senate Agriculture Committee, Debbie Stabenow, of Michigan, who along with its Republican chairman, Sen. Pat Roberts, of Kansas, crafted the bipartisan Senate bill without any changes to SNAP, blasted the Trump administration for its attempt to restrict the program.

"This regulation blatantly ignores the bipartisan farm bill that the president is signing today and disregards over 20 years of history giving states flexibility to request waivers based on local job conditions," Stabenow said. "I expect the rule will face significant opposition and legal challenges."