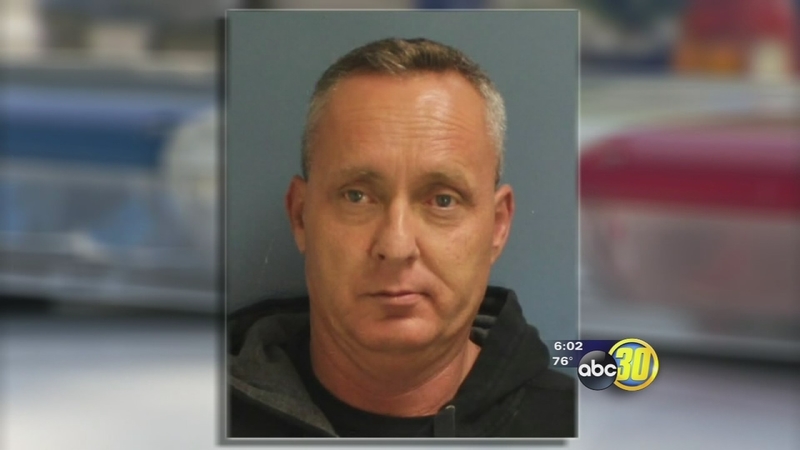 TULARE, Calif. (KFSN) -- A former city of Tulare employee was arrested, accused of embezzling money and tampering with evidence.

The 18-year employee of the department was taken to the Tulare County jail Friday after an independent investigation linked him to the crimes.

Police say evidence technician Gary Coffman was arrested on suspicion of embezzlement, tampering with evidence and possession of a controlled substance.

"I'm not available to comment on that yet because we don't know if there's more," he replied.

And because of the ongoing investigation, there is little information that can be released about the allegations.

Hensley, who has been heading the department since November, says his department hired an independent contractor to launch an audit after the former police chief resigned.

He says it is standard to do that but the outcome of it was something he was not anticipating.

"I was not expecting to come across theft honestly," he said.

As for previous and current cases that Coffman once handled, Hensley says his department will look at them if red flags are raised.

"We are working with the district attorney moving forward as these cases come up if they are issues we will address them on a case by case basis," Hensley said.

Some Tulare residents say this is concerning, but they're not entirely shocked.