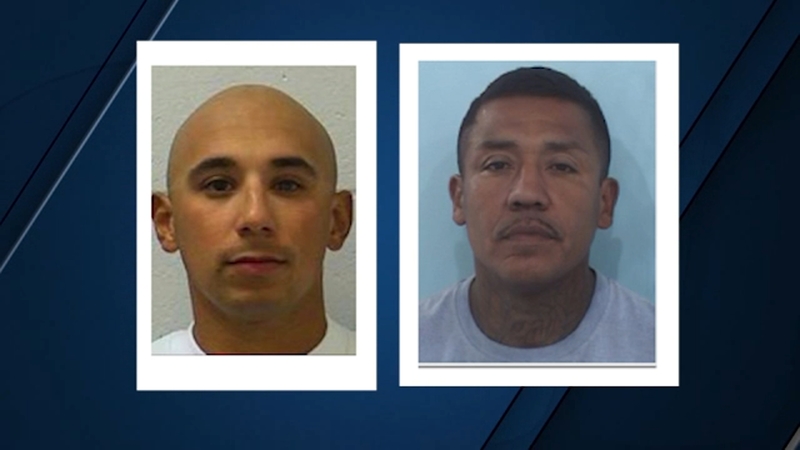 TULARE, Calif. (KFSN) -- Tulare Police say 23-year-old Jonathan Ramirez was shot as he sat in a car on F Street on Friday night.

The victim was rushed to the hospital and placed on life support but passed away on Tuesday.

"We're still working on the motive of what exactly occurred but we're leaning towards a possible robbery," Sgt. Ed Hinojosa said.

Thirty-one-year-old Julio Madrigal and 40-year-old Jose Barraza are suspects in the shooting.

Police say Madrigal and Barraza are both gang members and that Madrigal was recently released from prison after serving more than a decade for a gang-related murder.

Hinojosa adds that the men know they are wanted for Friday night's shooting and are on the run.

"We're very familiar with them, we have a lot of contacts with them, they have an extensive history with us," Hinojosa said.

On Monday night, Tulare Police responded to another shooting on G Street, where they found a man with gunshot wounds.

Police have not yet identified any suspects in that shooting and say that it is not connected to Friday night's shooting.

"We have no reason to believe that they're related," Hinojosa said. "As a matter of fact, they think they do have some information that proves that it was not related."

Madrigal and Barraza are considered armed and dangerous, so police say if you see them, don't approach them.

If you have any information, you are asked to contact the Tulare Police Department.