Tulare Regional Medical Center is officially closed, but the committee says they are doing everything in their power to re-open it as soon as possible 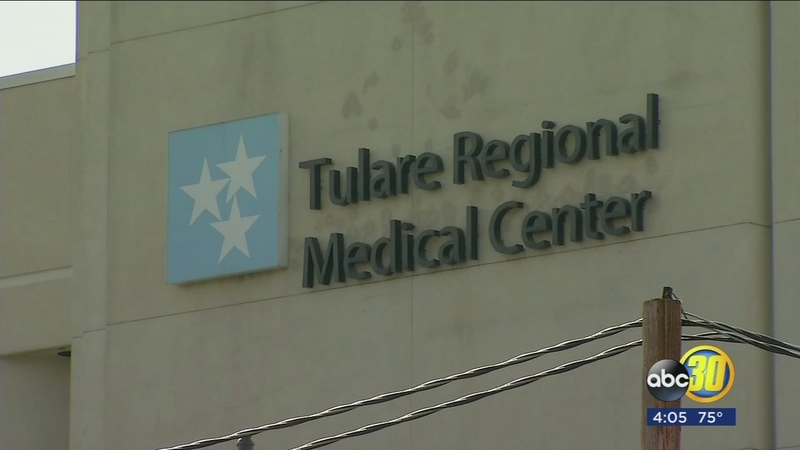 Tulare Regional Medical Center is officially closed, but the committee says they are doing everything in their power to re-open it as soon as possible

FRESNO, Calif. (KFSN) -- Tulare Regional Medical Center is officially closed, but the hospital's board of directors says they are doing everything in their power to re-open it as soon as possible. In the meantime, patients are being forced to travel to other area hospitals, and many employees are starting the process of filing for unemployment.

The board and the hospital's managing company, Healthcare Conglomerate Associates, have been battling for months. Last week, a judge granted a request by the board to reject the contract with HCCA.

HCCA officials say that, combined with the board's decision to file for bankruptcy, forced them to close the hospital's doors. The board in turn then pulled its operating license with the state, and the hospital temporarily shut down at midnight on Sunday.

"It may take years for the courts to work out all of the details of the process. But we think we can open very soon with new management. We can bring back talented people we have, our doctors, our employees, and then our patients. And the money will follow but we have very little involvement other than letting you know about the program," said Northcraft.

Representatives from the state's Employment Development Department told hospital employees how to file for unemployment insurance. And employment connection officials were there to talk about re-employment and job training services they offer.

"So you've got individuals that have been working at the hospital for a relatively short period of time, let's say a year all the way to a couple of individuals I noticed that had been there for over 25 years. They haven't engaged an employer in the form of an interview, an application, a resume in a long period of time," said Jonathan Thompson from Employment Connection.

"You love the job, but you gotta take care of yourself," said David Guerrero.

David Guerrero has worked at Evolution's Fitness and Wellness Center for more than nine-year but the gym, which is owned by the hospital, also closed, leaving Guerrero, a manager, unemployed.