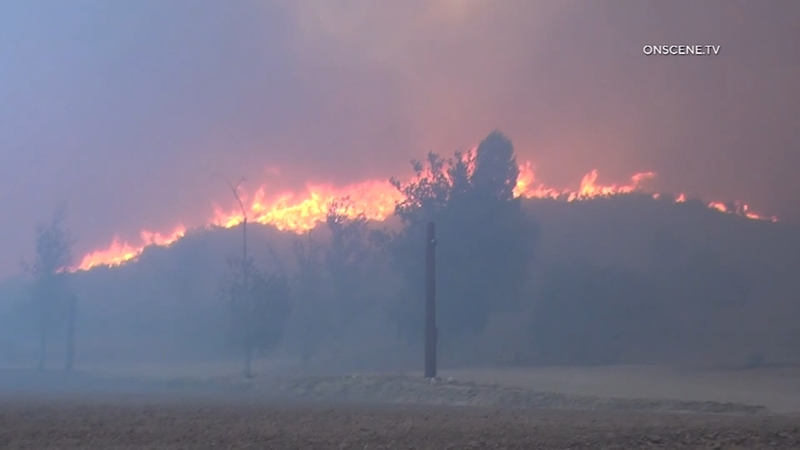 FRESNO, Calif. (KFSN) -- The fast-moving Tick Fire has crews up and down the state scrambling to help battle the blaze.

Dozens of Valley firefighters are already in Southern California, focusing on containment and perimeter control.

CAL FIRE Fresno County sent the most resources from the Central Valley. Still, other local departments have also responded to the mutual aid request in Southern California, including Porterville and Selma.

Officials say fighting fires outside our area is not only goodwill but allows for crew members to gain valuable experience.

The Tick Fire, in particular, is unique for this time of year because strong autumn winds drive the flames.

"Some of the terrains are similar in Southern California, but what's different right now is the low humidity and high winds, and that really puts a different strategy and tactics in place on fighting the fires," Brown said.

So far, the fire in Santa Clarita has destroyed a handful of structures, while tens of thousands of residents were evacuated from their homes in Los Angeles County.

"We don't have predictions in how long they're going to be down there right now. We anticipate the potential for them ordering more equipment, and we have that equipment here in CAL FIRE Fresno area," Brown said.

So far, crews from the Valley have not been called to assist with the Kincade Fire in Northern California.
Report a correction or typo
Related topics:
california southernfirewildfirefirefighterscalifornia
Copyright © 2021 KFSN-TV. All Rights Reserved.
WILDFIRE

America's new normal: A degree hotter than two decades ago