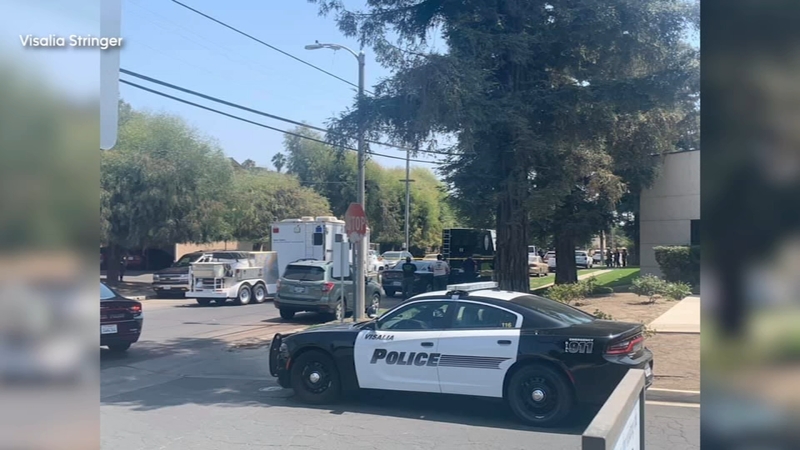 VISALIA, Calif. (KFSN) -- A standoff with an armed man involved in a family disturbance in Visalia has ended.

Police say a woman was reportedly assaulted by her husband. They were able to find the woman and take her to safety.

Authorities discovered that the man was armed and barricaded inside the house. He was threatening to shoot himself.

Police eventually heard a gunshot and went inside the house, where they found the man dead.