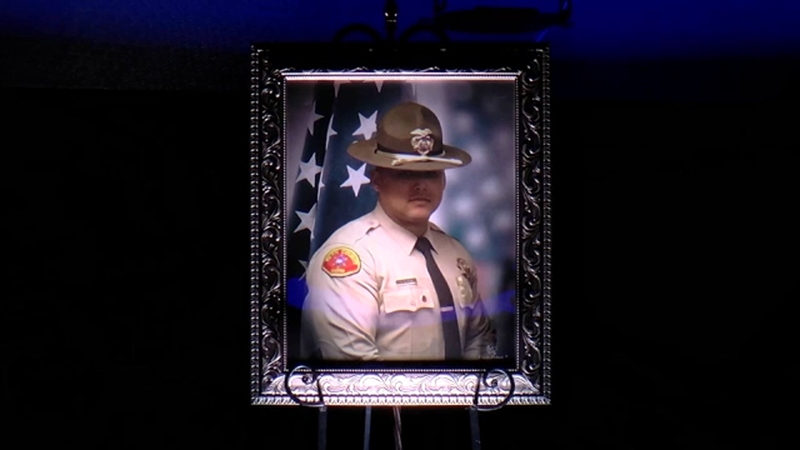 He was shot and killed by a suspect during a domestic violence hostage situation in Wasco on July 25th.

A mother and her two sons were also killed, and the suspect died during the shootout as well.

The memorial service for Campas was held at the Mechanics Bank Arena in Downtown Bakersfield.

His law enforcement colleagues and veterans who served with him in the military remembered Campas as a leader, good friend, and family man.

"This man did more in 35 years than most of us will ever do in a lifetime, and he did everything exceptionally well," says Kern County Sheriff Donny Youngblood. "He did it better than anybody else."

RELATED: Kern County Sheriff's deputy among 5 shot and killed during standoff in Wasco

The 35-year-old Deputy was a five-year veteran of the department. His funeral ended with a final watch call.