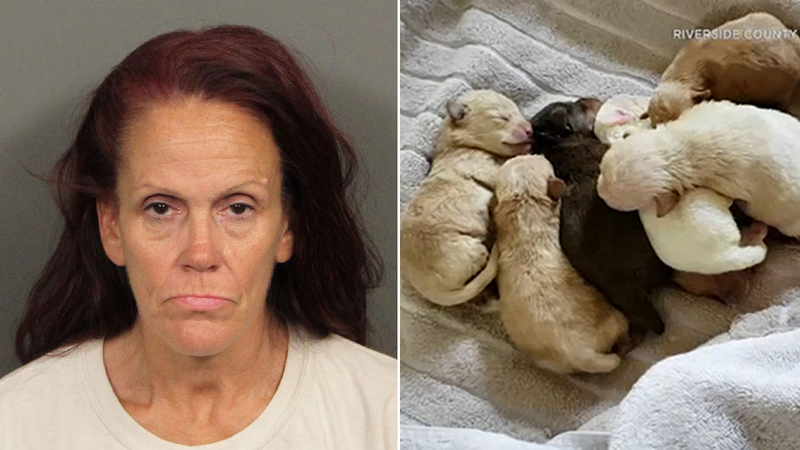 COACHELLA, Calif. -- The woman arrested for dumping seven newborn puppies in a trash bin in Coachella will serve jail time.

Deborah Sue Culwell, 59, was sentenced to a year in jail after she pleaded guilty to animal cruelty and abandonment charges. She also received three years of probation.

Culwell was arrested after a security video showed her tossing the litter of puppies in a trash bin outside an auto parts store in April.