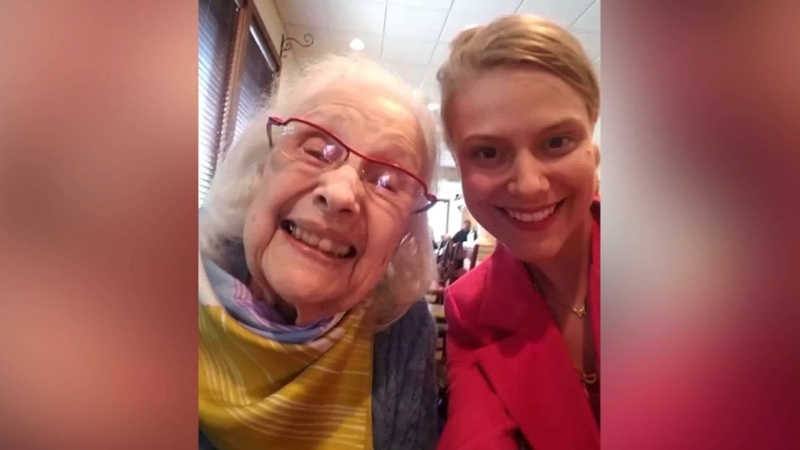 In addition to overcoming the novel coronavirus, she's also a cancer survivor.

Her first husband, a World War II hero, lost his life in a freak accident when he returned home, leaving Violet to raise two young children.

Later, she married a police officer who she has also now outlived.

"Everything that's come her way, she's fought her way through it. She's survived," Angeles said.

After the passing of two husbands and a son, Violet went on to beat cancer.

"We are trying to celebrate every single victory in her life," Angeles said.

On May 6, that meant marking her 100th birthday.

But a few weeks later, the virus that kept her family from her nursing home to celebrate infected Violet and put her in the hospital.

"I have been praying for God to give it to me instead of her because I felt like I could beat it. I didn't know if she could," Angeles said.

Within a month, she did -- again showing her strength and resolve.

"That's not going to be the end of her legacy," Angeles said.

Violet is now back at her nursing home as her family waits for the day they'll be able to see that fighting spirit again up close.

"Once we can see her and wrap our arms around her that will be the best feeling in the world. Hopefully that will happen sooner rather than later," Angeles said.

Violet has been forced to move four times in the past five months because of COVID-19 concerns.