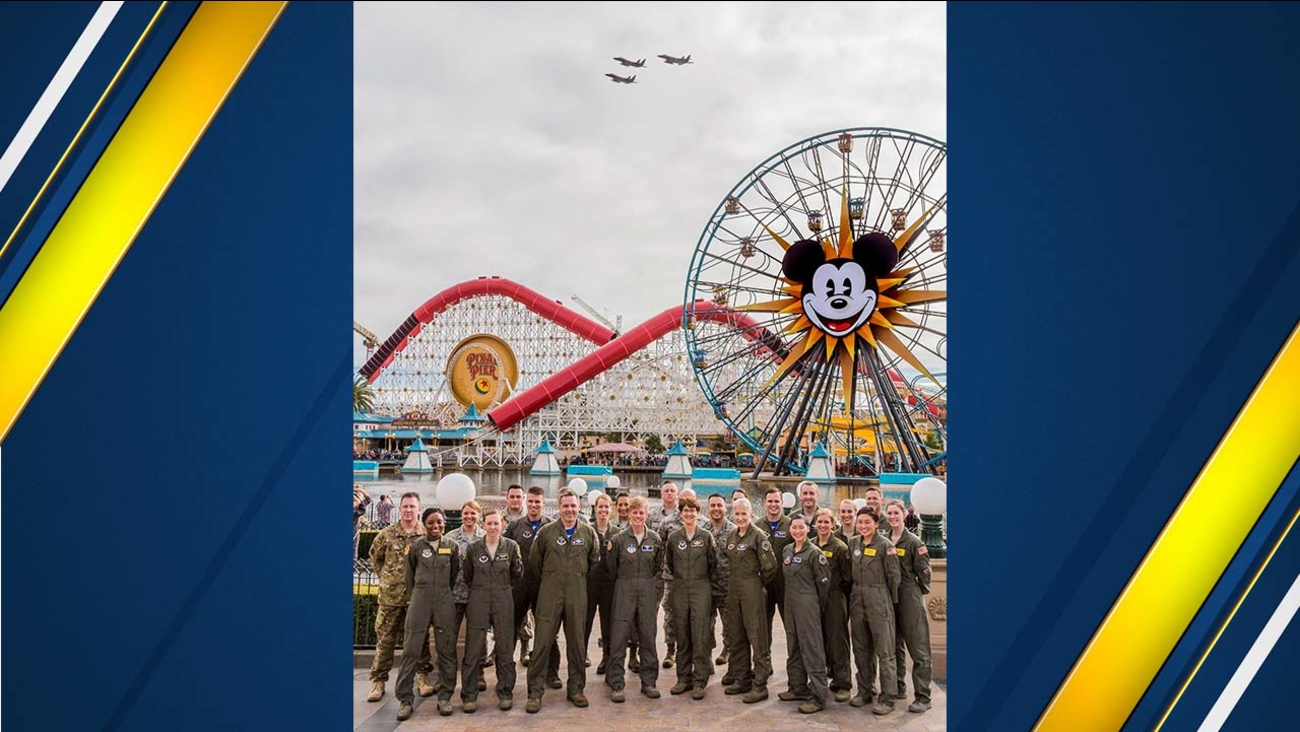 Here they are, posing in the theme park, as F-15C Eagle fighter aircraft do a fly-by overhead.

The 144th Fighter Wing, Air National Guard, and U.S. Air Force collaborated in the making of the film.

Disney is the parent company of Marvel Studios.