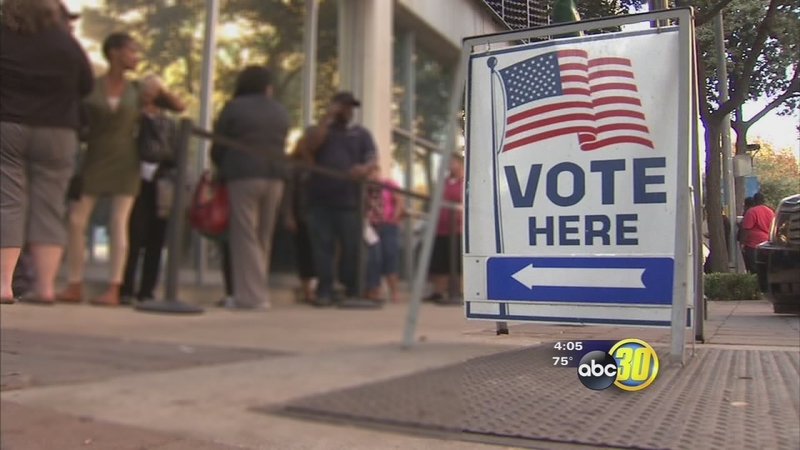 The latest Action News poll conducted by SurveyUSA showed Congressman Valadao with a 47% to 42% lead over Renteria. But that five point edge was dramatically different from what we saw six weeks ago.

Amanda Renteria now appeared closer to striking distance of David Valadao in the congressional race. A 19 point deficit in September has been whittled down to five points in the latest ABC30/SurveyUSA poll.

Renteria said, "You've got to earn it and you earn it by really connecting with folks listening to their needs and showing where you come from and showing I can make a difference and that's really what we've been doing and it's resonating."

But Valadao wasn't overly concerned about the new numbers. He still held a solid 47%-42% lead. At this point 11% of those polled were undecided.

Valadao explained, "This race has always been on the national radar and so we've always worked really hard. We've always focused on winning this race but we knew it always going to tighten up."

Valadao enjoyed a 22 point lead over Renteria among men in the poll. But Renteria saw a surge of support among women. In September she trailed by 14 points but now she led by 12 points among women.

Renteria said, "I see the numbers but we've always had a plan and a strategy and we always knew that if folks just get to know us and hear our message they that they'd join us in making sure we can have a positive change here."

Renteria led among younger voters by 16 points according to SurveyUSA. Valadao found strong support among seniors where he held a 25 point lead.

"We do everything we can to touch voters and make sure they know who I am and what I'm working on for them," said Valadao. "Sometimes it's a tough issue like immigration but it is tough that I want to make sure I'm out there out in front and a leader on and I think obviously the polling shows that."

When asked who better reflects views on immigration potential voters gave Valadao a slight 40% to 37% nod. 23% of those surveyed weren't sure.

Both Amanda Renteria and David Valadao were very confident headed into the home stretch of their campaigns.