'These people trusted us': CA veteran wounded in Afghanistan reacts to Taliban victory 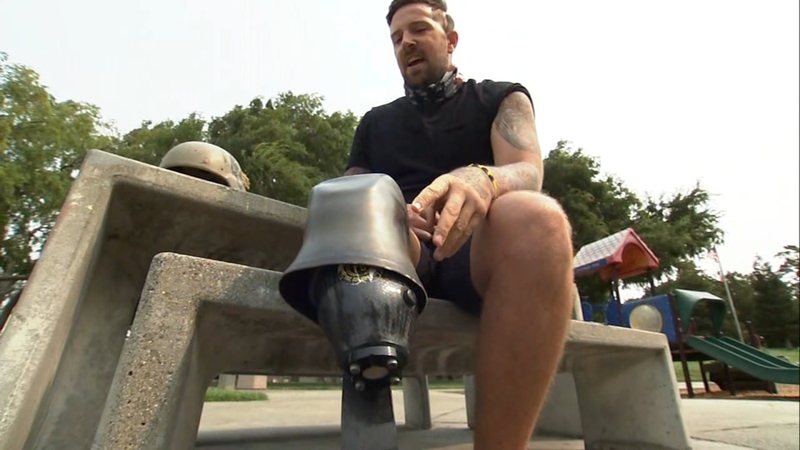 'I am angry': Afghanistan veteran reacts to Taliban victory

FAIRFIELD, Calif. -- First, we had the conflict. Now, as the Taliban takes over Afghanistan, we're hearing from the still-conflicted.

"I am one of many," said Jordan Stevenson of Elk Grove. He is one of 20,320 American soldiers who came home injured from Operation Enduring Freedom, also known as the war in Afghanistan.

RELATED: What is happening in Afghanistan? Expert explains what you need to know

The last few days have been tough for him.

"I think it is wrong. Terrible to see the things we are seeing," he said.

"It is heartbreaking to see these people that trusted us to be there for them. To see them chasing planes down the tarmacs is heartbreaking for me because I have seen the evil close and what it looks like," he continued.

Jordan did not serve in Afghanistan for long, but it was more than long enough in 2011.

"I was there eight days," Jordan said.

On the eighth night, a bullet from Taliban AK-47 found him.

Jordan still keeps the helmet he wore as an heirloom. He points to the entrance and exit holes, explaining, "The bullet came in here, small hole, and came out here, large hole. In through my head, out."

He woke up stateside two months later, a medical miracle with a titanium skull plate, paralyzed on his right side so badly that he asked to have that leg amputated and replaced with a prosthetic, just so he could walk.

A former interpreter for US troops in Afghanistan explains the likely fate for Afghans who assisted the United States.

Jordan Stevenson, a former decathlete, has earned the credibility when he speaks about the American withdrawal.

"I am angry, confused, frustrated. I feel helpless and all at the same time... Everything we did in the military we practiced and rehearsed. What we did does not look planned. It looks sloppy and hasty," he said.

And that, he says, is what other veterans are saying, about the ending of a 20-year war.

Jordan Stevenson will always have the Purple Heart tattooed on his arm. And, in his heart, lifelong questions, about what he and so many others did or did not accomplish.

Having said his piece, Jordan Stevenson climbed into his car and drove home to his wife and children back in Elk Grove.

"Two kids who shouldn't have ever been born, based on my wounds," he mused.