'This is a glimpse of the fentanyl epidemic.'
KGO 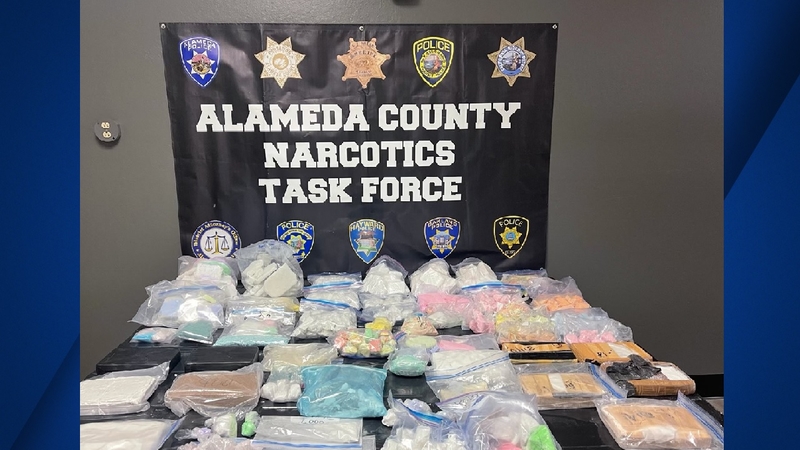 The county's Narcotics Task Force conducted a search warrant in Oakland and Hayward on Friday, and detectives with the sheriff's office found a manufacturing lab.

MASSIVE FENTANYL BUST: ACSO detectives and their partners at the Narcotics Task Force recovered 92.5 pounds of illicit fentanyl at locations in Oakland and Hayward. That’s 42,000 grams that were headed for the streets of the Bay Area. This is a glimpse of the fentanyl epidemic. pic.twitter.com/LEJTU1v5uh

Authorities arrested one suspect while another is currently outstanding, according to an email to our sister station KGO-TV on Saturday.

Sheriff's deputies say the 92.58 pounds of illicit Fentanyl equals about 42,000 grams "that were headed for the streets of the Bay Area." The agency added: "This is a glimpse of the fentanyl epidemic."

This story is developing. Please check back for updates.