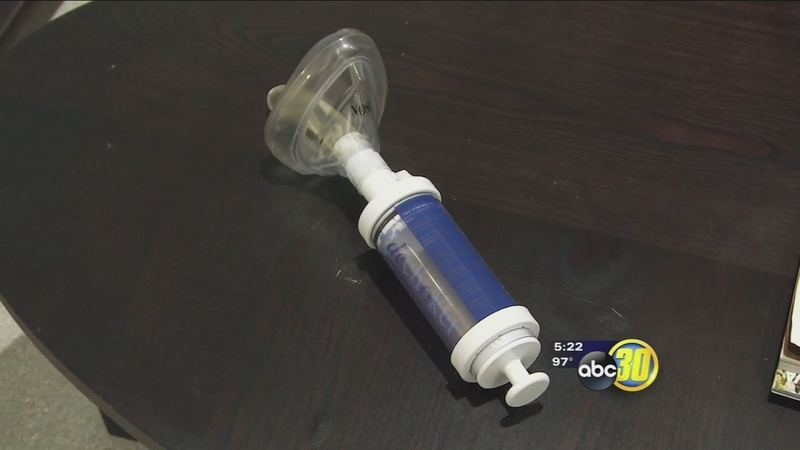 Nearly 5,000 people a year in the US die from choking. When it starts to happen, you've got only a matter of minutes to save a life. The Heimlich Maneuver is the undisputed gold standard.

Serina Dansker remembers the fear when a hot dog lodged in her son's throat. Jake's doing better now, but that isn't the only scare the mom of triplets has faced.

"I can tell you that my kids have choked on spaghetti, they've choked on hot dogs, and it's, it's terrifying," said Dansker.

So, she recently jumped at the chance to buy an anti-choking device invented by a family friend.

"You can never have too many devices or too much ammunition to save your child," said Dansker.

Serina has Lifevac, but another first-aid choking device is the "De-Choker." The two vary slightly in design but basically work the same. You put a mask on the choking victim and use suction to help dislodged whatever is stuck.

But not everyone is convinced these devices are safe.

"I have an open mind about the new devices on the market for choking," said Dr. Angela Gardner, American College of Emergency Physicians.

Dr. Gardner said she's not sure if the devices work for the general population. But she could see how people at high risk for choking may benefit. Patients with Parkinson's Disease or MS, for example.

Dr. Gardner said she's concerned, however, when it comes to using them on small children.

"The thing to remember is that children have very large tongues relative to the size of the airway, and a lot of care would have to be had for using these in children."

The FDA said it "has not approved or cleared a medical device specifically to open an airway or facilitate breathing in a first aid or rescue choking emergency."

The agency clarified it had not approved anything to substitute for or assist in the Heimlich Maneuver.

Medical professionals and the device companies we talked to stress the Heimlich is always the preferred first line of defense.

"The Heimlich Maneuver is easy to master, it is intuitive," said Dr. Gardner.

Mom Dansker feels there is no such thing as too many safety backups for her family.

"You have a sense of security, just knowing that there's something else if the Heimlich doesn't work. Ya know, it's just like having the odds in your favor," said Dansker.