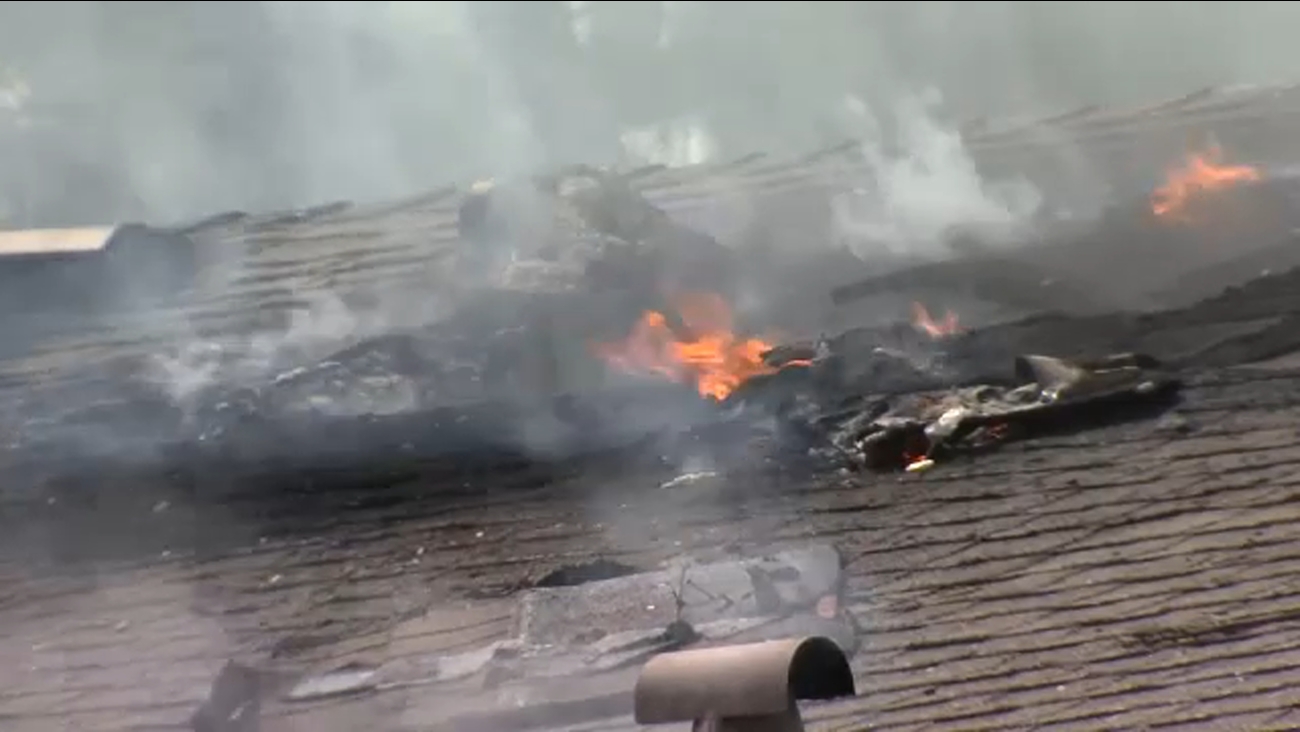 FRESNO, Calif. (KFSN) -- One person has been hospitalized after a massive fire broke out at a four-plex apartment building in southeast Fresno Thursday afternoon.

They found heavy smoke coming from the apartment units and flames in the building's attic.

More firefighters were called to help battle the flames.

Crews rescued one bedridden resident from one of the units. The person was taken to a local hospital for treatment for smoke inhalation.

All four of the units were damaged by smoke and water. Several people are now displaced.

Officials say one dog was killed in the fire.