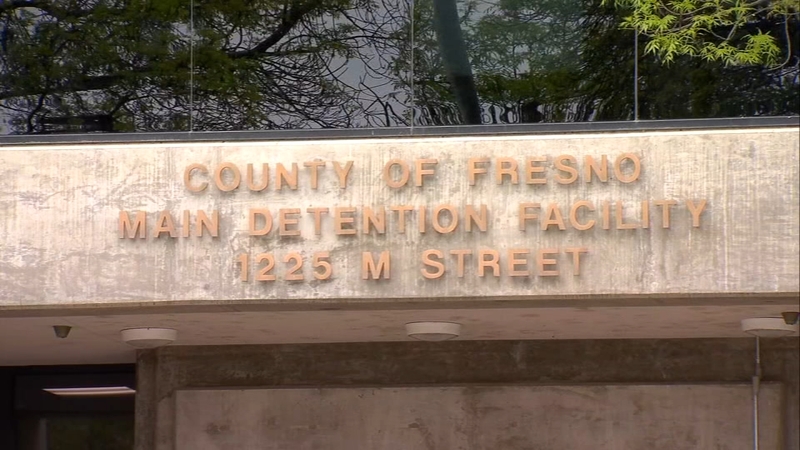 Action News has tracked several of the suspects who have become frequent visitors to the jail without necessarily staying very long.

"What's frustrating about it is to know that there's no immediate consequence for people who we've arrested for committing a crime," said Fresno County sheriff Margaret Mims.

Days after a Christmas Tree Lane family reported an abominable person for ripping Rudolph the Red-Nosed Reindeer and Hermey the Misfit Elf out of their lawn, sheriff's deputies caught their man.

Kristopher Cartozian served a few months of 2019 in jail.

In April of this year, sheriff's deputies say he violated his probation on that case by committing burglary and looting during the coronavirus crisis. He was out of jail two days later, but back within two weeks for illegally possessing a weapon.

He got out the same day on a statewide emergency $0 bail.

She says a lot of those inmates come back. They've rebooked the released inmates 73 times, although some of the same people keep coming back and adding to the number.

"The most common activity I think we're seeing in this is car theft," said Fresno County district attorney Lisa Sondergaard Smittcamp. "We're seeing repeat offenders for things like that."

Steve Vang is one example.

Louis Stephen Guzman has also gone in and out of jail three times in three weeks for auto theft.

And Chauntalie Sackett got $0 bail for an April 24 auto theft only to get arrested again after allegedly setting a fire during a fight with a friend.

The idea of $0 bail for crimes classified as non-violent was to cut down on the chances for coronavirus to spread in jails.

"We had already done our part," said Sheriff Mims. "We were prepared. We were ready. And then the $0 bail hit, which for us at the time was unnecessary."

They had already released some inmates to create a quarantine floor and they've had only one case so far.

That man has since recovered, but 13 inmates are in the quarantine areas awaiting test results.

The jail is running right about at full capacity, minus the quarantine floor, despite the $0 emergency bail, which was a decision from the Judicial Council of California, chaired by California Chief Justice Tani Cantil-Sakauye and including three members from Fresno County.

Smittcamp says everyone in Fresno County has done their best to prevent the virus from spreading and to keep criminals locked up.

"It's nobody's fault that this is happening," she said. "I think these are just the ramifications of the crisis."

A spokesperson for the Judicial Council says the emergency bail schedule is not a blanket release order - a judge can still deny or raise bail if they find good cause that a defendant is a threat to public safety, and conditions can be placed on a defendant's release.