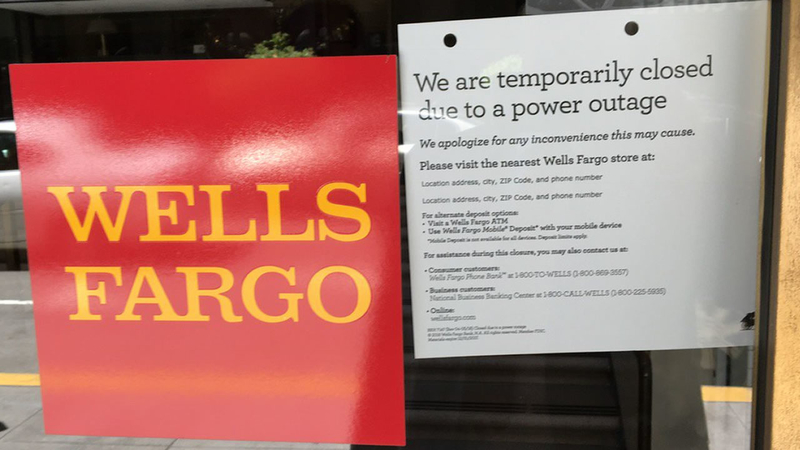 SAN FRANCISCO -- PG&E reports at least 65,000 customers are still affected by a massive power outage in San Francisco. The outage first began around 9:20 a.m. At its peak, around 95,000 customers were affected.

Officials gave an update on the massive power outage affecting tens of thousands of people in San Francisco on Friday. Here's a look at the full news conference.

PG&E said there was a fire at their Larkin substation, but did not confirm that was the cause of the outage.

The outage was reportedly widespread from Union Square to the Marina and had also triggered the closure of BART's Montgomery station, which reopened shortly after 11:30 a.m. SFMTA was reporting that they were also affected as cable car lines were down and shuttles were being provided.

"As of about 10 a.m. about 95,000 customers are without power. We have crews responding to the situation to restore power safely and as quickly as possible. We had an incident occur at our Larkin substation, and the San Francisco Fire Department responded, and is working to extinguish a fire," PG&E Spokesperson Paul Doherty said.

The incident was an insulation fire, according to fire officials. Crews were unable to use water to fight the fire because it could have damaged the equipment. Hospitals in the city where patients were undergoing surgeries had to switch to backup generator power, but Mayor Ed Lee reported that all of those surgeries were completed without complications from the outage.

Nearly 100,000 customers were affected by a power outage in San Francisco Friday.

The department's carbon dioxide unit was deployed to smother the fire, according to ABC7's Juan Carlos Guerrero.

Firefighters were called 20 elevators in multiple buildings downtown to rescue people trapped in them due to the outage, but no injuries were reported.

Right between Jimmy Choo and La Perla. One of many elevators in old SF bldgs that stopped with ppl inside this morning during #poweroutage pic.twitter.com/lpOYljGChX

Twitter user Jessica Vickers shared video she shot from inside a stuck elevator during the outage.

The outage affected as many as 300 traffic signals at intersections in the city, prompting traffic control officers to take to the streets. 200 traffic signals were still without power as of 3 p.m. according to city officials.

Photos shared on Twitter show an eerie look inside the Montgomery station, which was empty and with the lights out.


PG&E said it hoped to have service restored to the remaining customers by 4 or 5 p.m. Residents were being advised to call 911 in case of emergencies.

Watch ABC7 News starting at 4 p.m. for the latest details on this developing story.

All have been cleared and we have had no injuries related to this incident . We have responded to over 100 calls for service since 0930. https://t.co/if4Tu540dS

Firefighters tell me they are getting called to multiple downtown SF buildings to rescue people trapped in elevators due to power outage pic.twitter.com/9fsPULvhWN

#SFFD says insulation fire at #PG&E substation may be related to #poweroutage. Can't use water, may damage equipment pic.twitter.com/HanN97IBbC

ATTN: Due to power outage all Cable Car Lines are down, shuttles are providing service.

ATTN: Due to a power outage the 30 and 45 are blocked at Divisadero, shuttles supporting service.