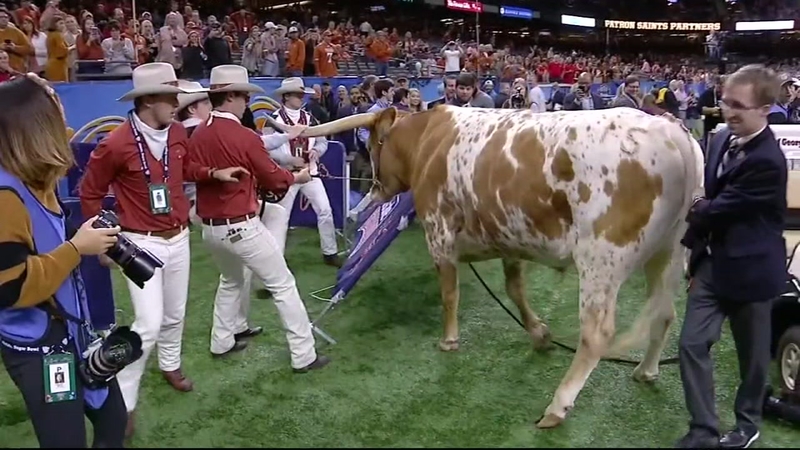 NEW ORLEANS, Louisiana -- People for the Ethical Treatment of Animals, or PETA, is calling for an end to live college mascots after the University of Texas' Bevo charged at the University of Georgia's mascot before the Sugar Bowl on Tuesday.

Bevo, a large white and brown longhorn steer, caused a stir when it knocked down its barricade and rushed in the direction of Georgia's mascot, an English bulldog named Uga X.

Uga X was quickly pulled out of harm's way, but the incident has animal activists questioning whether the use of live animal mascots is necessary.

PETA says subjecting animals to the stress of a packed stadium is "indefensible." The organization is now calling for UT and the University of Georgia to retire their live animal mascots.

The animals were not hurt, though, Bevo's horns appeared to make contact with a couple of photographers who scrambled to get out of the way.

As for what triggered the charge, Bevo's chief handler, Silver Spur alumni association executive director Ricky Brennes, says the 1,700-pound steer was simply agitated because he wanted to walk and was being restrained.

Brennes said it had nothing to do with the dog.