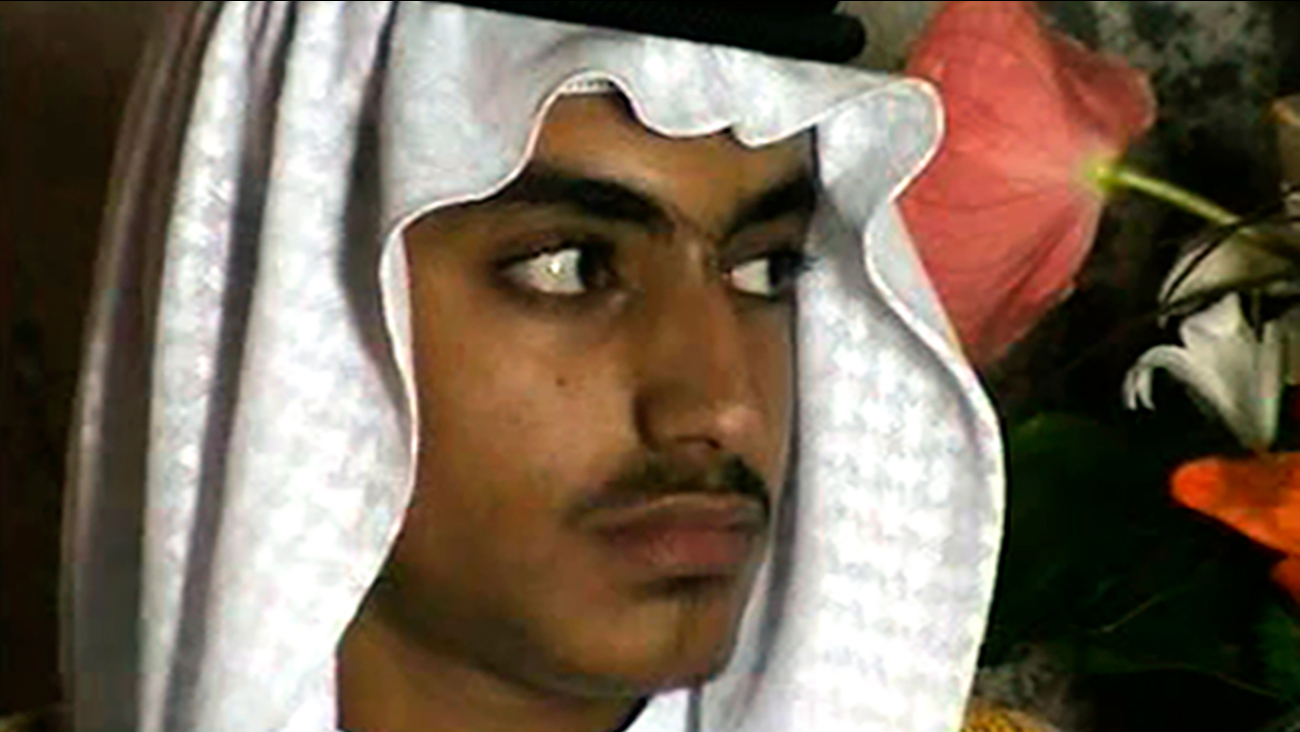 In this image from video released by the CIA, Hamza bin Laden is seen as an adult at his wedding. (CIA via AP)

DUBAI, United Arab Emirates -- Saudi Arabia announced Friday it had revoked the citizenship of Hamza bin Laden, the son of the late al-Qaida leader who has become an increasingly prominent figure in the terror network.

Saudi Arabia revoked his citizenship via a royal decree in November, a notice published Friday by the kingdom's official gazette said.

There was no explanation why the order was only becoming public now. However, the announcement comes after the U.S. government offered a $1 million reward for information leading to his capture as part of its "Rewards for Justice" program.

Bin Laden's son has emerged as a leader of the al-Qaida terrorist group. His father was killed in a U.S. military raid in Pakistan in May 2011.

Hamza bin Laden was named a "specially designated global terrorist" in January 2017. He has released audio and video messages calling for attacks against the U.S. and its allies.