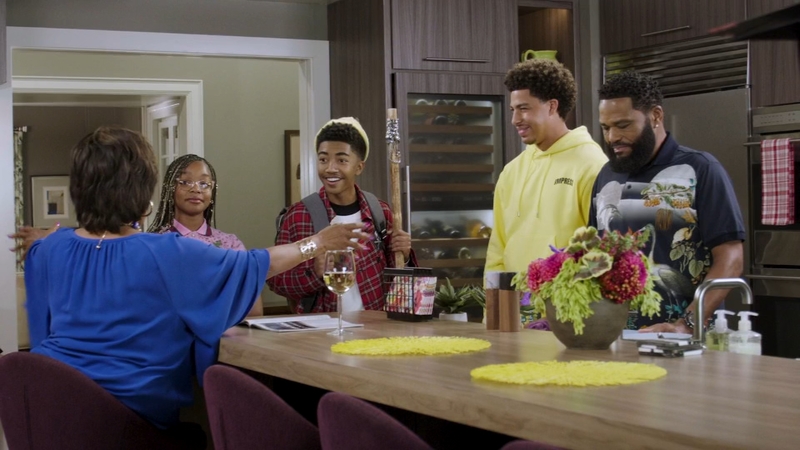 The hit ABC sitcom "Black-ish" returns Tuesday for the first of the series' final episodes, with former First Lady Michelle Obama as the guest star.

She'll appear as an unexpected guest at a fundraiser attended by Andre and Rainbow Johnson, the couple at the heart of this show.

Star Tracee Ellis Ross had a relationship with her and placed a call to asked her to come "have dinner with the Johnsons."

So begins the start of a victory lap for the show that will remind millions of its legacy.

Sandy Kenyon reports on "The Bachelor" 20 year run. Kenyon talks to Clayton Echard from the newest season, a guy who is no stranger to Bachelor Nation.

"Black-ish" has been called groundbreaking, a milestone in the history of TV, and star Anthony Anderson doesn't take it for granted.

"It's great to be a part of something that's moving the needle in the culture," he said.

Episode after episode. Season after season, the sitcom created by Kenya Barris has lived up to its promise.

"One of the things we set out to do was to talk about some of the stuff that's hard to talk about," star Laurence Fishburne said. "Particularly when it comes to race in America."

Now, determined not to overstay their welcome, the Johnsons are bowing out.

"It feels great to be able to have the opportunity to complete a story," Anderson said. "To have 13 episodes to bring something to an end and to have a resolution."

Ellis Ross admitted to Robin Roberts on "Good Morning America" that she was crying almost the entire last week of shooting, in part because she and Anderson have watched their TV kids -- played by Yara Shahidi, Marcus Scribner, Marsai Martin and Miles Brown -- grow up on set.

"I'm just very thankful," Scribner said. "And I think that 14-year-old version of myself would be very proud."

Martin used the show as a springboard to feature films.

Sandy Kenyon has more on a new primetime special hosted by Robin Roberts that looks back on the tumultuous year that was 2021.

The show has given opportunities to so many others, in front of and behind the camera.

"Women in particular," Fishburne said. "When you come onto our sets, you see a kind of diversity that is rare to see in our industry."

And if you're seeing that kind of diversity more often on sets, then "Black-ish" deserves some of the credit.