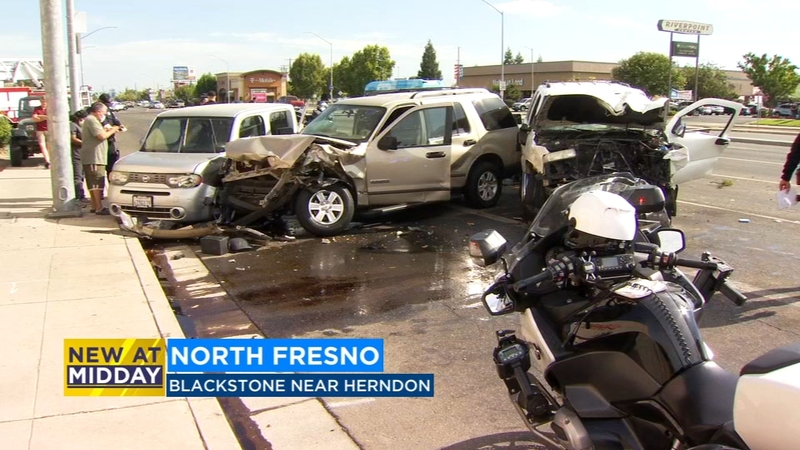 Fresno police say six cars were involved in a crash near Herndon Avenue just before 9 a.m.

Two people were pinned inside a Chevy Tahoe. Officers believe the Tahoe may have been speeding down Blackstone, causing the crash.

"(The car) crossed over the center median and was driving in the oncoming lane. So it went through the intersection here on Herndon and then went head on with four vehicles here and one stuck down the road," said Fresno Police Sgt. Mark Keeney.

Police say the driver also took down three trees before hitting the other vehicles.

Authorities are working to determine if that driver was under in the influence at the time of the crash.
Report a correction or typo
Related topics:
fresno northeastcar crashfresnocrash
Copyright © 2021 KFSN-TV. All Rights Reserved.
CRASH

Protest after chief says officer meant to use Taser, not gun 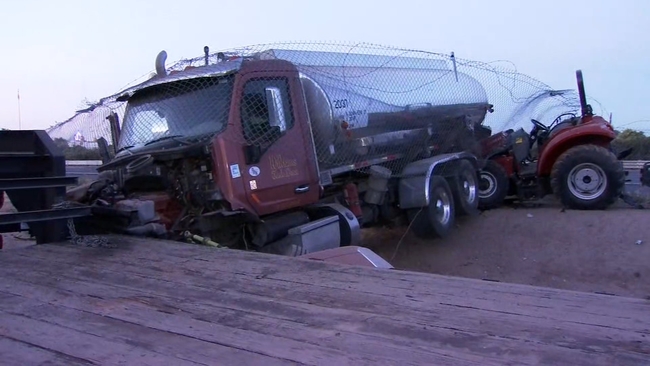