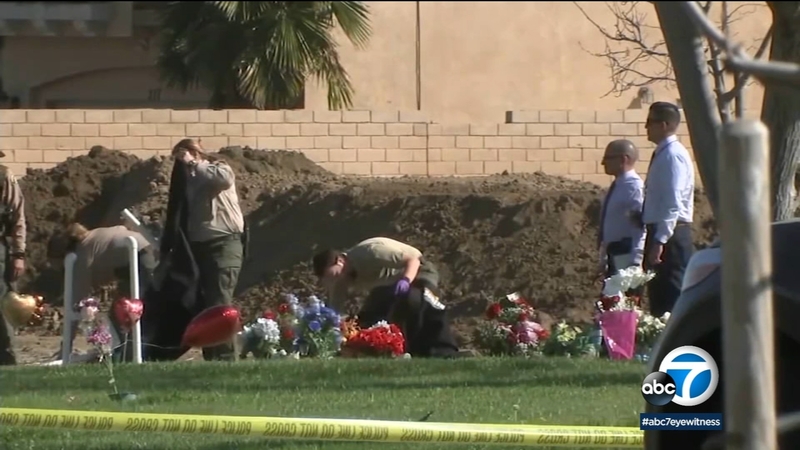 PERRIS, Calif. -- After the bodies of three men were found in a cemetery in Perris, officials on Tuesday sought to reassure the public there is no outstanding threat to public safety and no connection to other killings in that city.

Riverside County Sheriff Chad Bianco said investigators are looking into whether the killings are related to cartel violence in Mexico.

The three bodies were found near the grave of a person who had been killed in Mexico and investigators are looking into whether there was a message in that placement.

Bianco would not say how the men were killed, but it appears to be an execution that occurred at the cemetery itself, he said.

There have been several killings in Perris recently, including a shooting at a gas station earlier this month that left a 21-year-old man dead and the shooting death of a 25-year-old man at a park.

Bianco said there is no indication the earlier killings were related to the three men found in the cemetery.

"They are not related in any way shape or form," Bianco said. "To dispel rumors we do not have a serial killer on the loose in Perris."

The bodies were discovered Monday around 11 a.m. just south of N. Perris Boulevard and E. Nuevo Road, according to the Riverside County Sheriff's Department.

Bianco added that while the recent killings are not related, violent crime in general has been increasing recently, a trend he blamed on new state legislation that has led to shorter prison sentences.

"It's no secret that crimes with drugs are going up, across the state crimes involving drugs and gangs have been going up. It's completely related to the horrible laws that have been passed, the horrible propositions that were voted in."