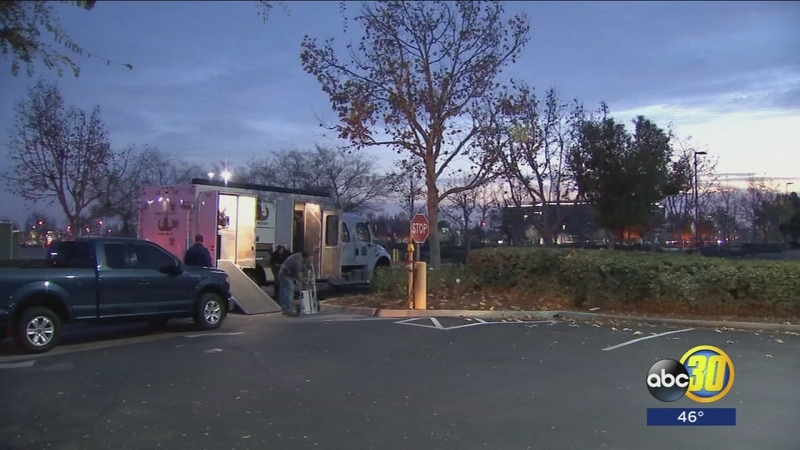 Police officers believe it may have accidentally fallen off of a truck. The box was lying in the parking lot of the PG&E building off of Friant since early Saturday morning.

Lt. Joe Gomez of the Fresno Police Department said, "We get these calls all the time and fortunately most of the time it ends up being nothing but just to be on the safe side they had the bomb squad come out to take a look at it."

Officers say PG&E workers had no idea how it got there and eventually called the police department
around 2 o'clock.

Officers taped off the surrounding area and called out the bomb squad. After x-raying the box they saw wires inside, and that's when they prepared to break it open.