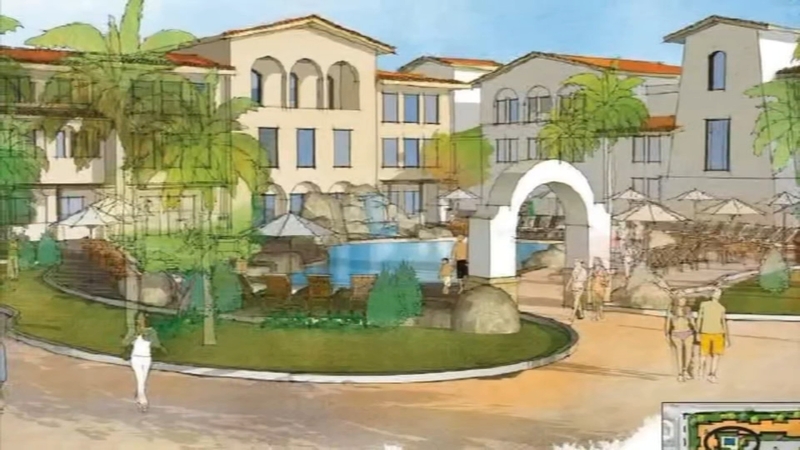 City leaders say the project is expected to create about 2,700 new jobs and generate $30 million a year in sales tax revenue. Crews are currently laying the groundwork for the first businesses to be built.

"They're stepping out water lines, they're widening roadways, and they're making sure the infrastructure is in place for ARCO and the other users they have signed to go into that area," said Frank Quintero, the city's economic development director.
Plans for the 77-acre property include several shops, restaurants, entertainment venues, a fire station, and about 200 apartment units.

"You will more than likely see construction starting in March and buildings coming up late spring, early summer," Quintero added.

When it's finished, it will be the largest retail development the city has ever seen, but many prospective tenants are still waiting for the completion of Campus Parkway.

Work is currently underway on phase two, which will connect Highway 99 to Highway 140 with the help of an overpass that's now taking shape.

Phase three will expand the four-lane expressway to Yosemite Avenue, leading to UC Merced. That's expected to be finished by 2023.

"Once that road is completed up there connecting North Merced to a market area in southeast Merced, we're going to see a lot of activity really take place in the remaining acreage of that project," Quintero said.

A site plan has also been approved for another commercial development across the street, known as the Campus Parkway Plaza. Signs are already up on that property for a Chevron and a Hilton Hotel and Convention Center, which are pending permits. New houses are being built in the area as well.