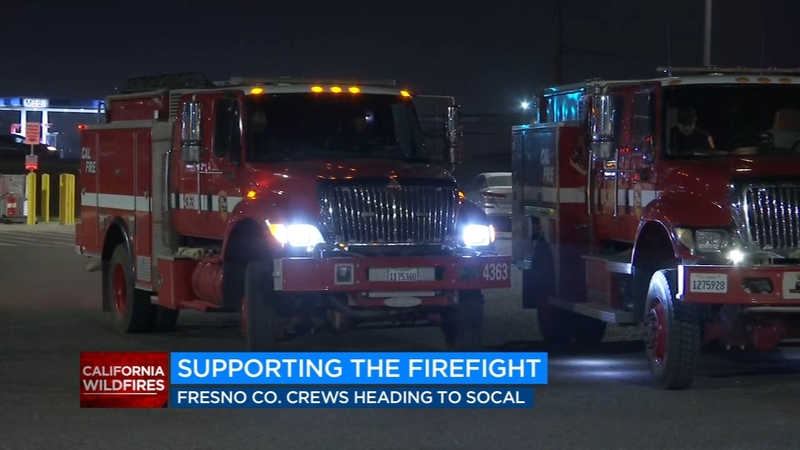 FRESNO, Calif. (KFSN) -- More CAL FIRE teams from Fresno County are now in Southern California to assist in battling the Silverado Fire and several other wildfires burning in the area.

A team of five engines and 16 firefighters headed down to Orange County last night.

It's the second wave of crews from the Valley that were sent to provide some relief. Another group of firefighters from Fresno headed south on Sunday ahead of the red flag warnings.

VALLEY FIREFIGHTERS TO THE RESCUE: These are CAL FIRE teams from Fresno County making their way down to southern California to help fight several raging wildfires, like the Silverado Fire. Tune in to ABC30 at 11 pm for more. pic.twitter.com/3X63akkizY

"We move resources up and down the state non-stop. Yesterday, sending reinforcements ahead of a major wind event helped get them there faster. The fire grew a bit, so we're going down there to help out with some reinforcements," said CAL FIRE Battalion Chief Jeremiah Wittwer.