Overall, the counties in Central California aren't helping to bring that state average down.
KFSN
By Hayley Salazar 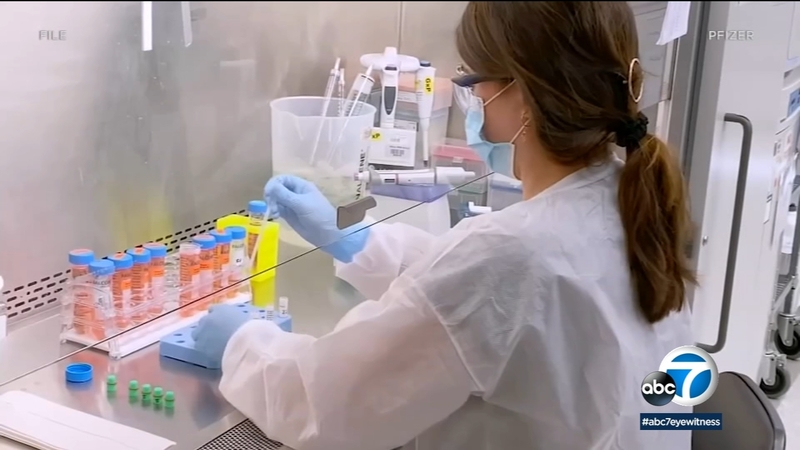 California has lowest COVID-19 case rate in US

FRESNO, Calif. (KFSN) -- California may have the lowest COVID-19 case rate in the United States, but data from the Centers for Disease Control shows the virus is still spreading at a high rate within the Central Valley.

Data released by the CDC on Monday showed California had about 95 cases over 7 days per 100,000 people. 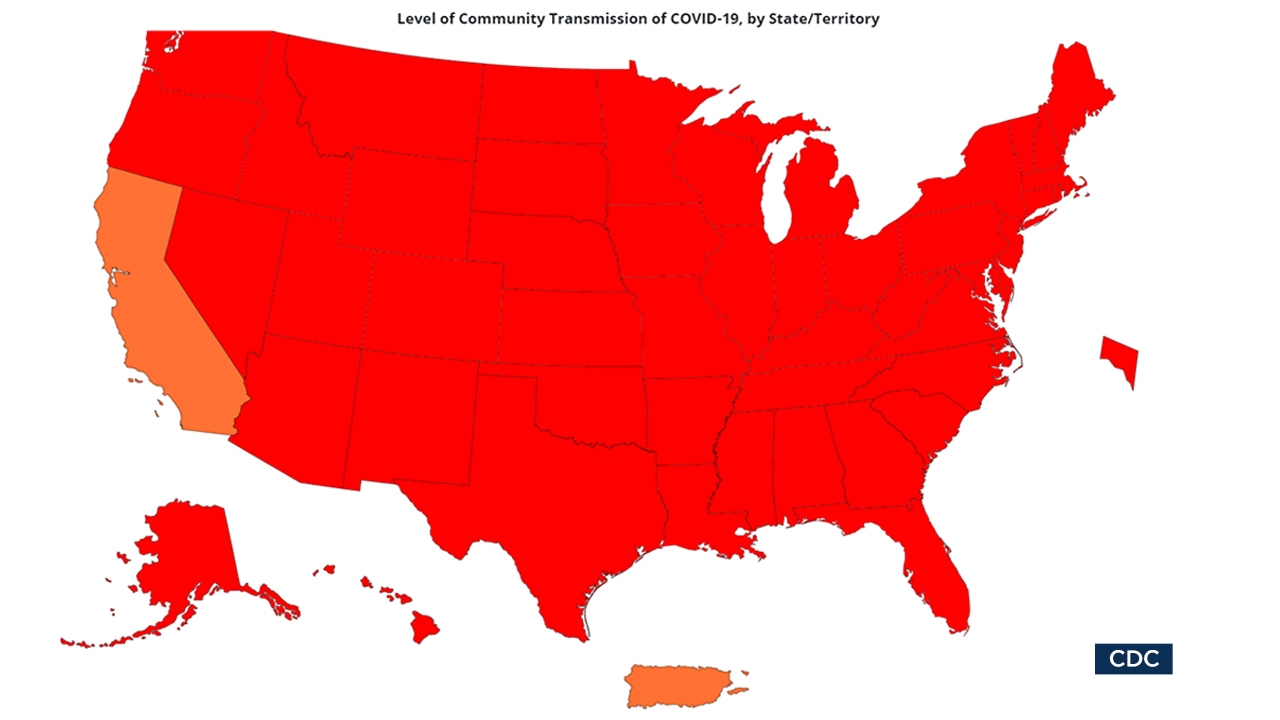 A CDC map shows every state but California in the "high" level of COVID-19 transmission as of Sept. 20, 2021. California, as well as Puerto Rico, are listed as "substantial."

Overall, the counties in Central California aren't helping to bring that state average down. Each county within the region has case rates well over 100 cases over 7 days per 100,000 people and are considered areas with 'high' transmission.

According to the CDC, Mariposa, Tulare and Kings counties have rates between 440 and 455, while Merced and Madera counties' rates are between 300 and 325.

Fresno County has the lowest rate among the six Central Valley counties, at about 262 cases over 7 days per 100,000 people.

Below is a map from the CDC that breaks down which counties in the U.S. are in the "high" level of COVID-19 transmission, including the Central Valley, as of Sept. 20, 2021. 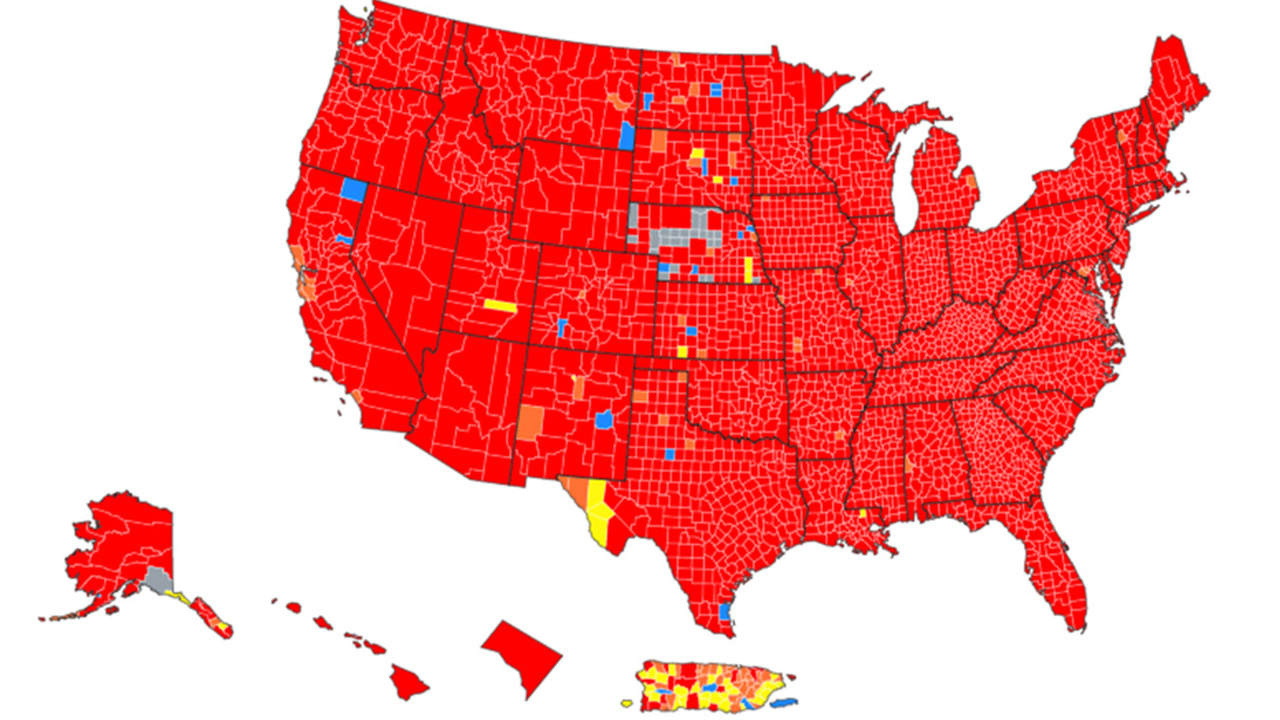 This CDC map breaks down which counties in the U.S. are in the "high" level of COVID-19 transmission, including the Central Valley, as of Sept. 20, 2021.

Central California fits in among the sea of red shown on the map in most of the country. Though, our cases are not nearly as bad as some counties within the three states which have the worst COVID-19 transmission rates, such as North Slope Borough, Alaska, at 2,705, Beaverhead County, Montana, at 1,026 or Preston County, West Virginia, at 954.

The Central Valley doesn't hold the worst COVID-19 transmission rates in the state, but it does make it clear why for weeks health officials have warned of a surge in the virus.

Local health departments have pushed for people who are eligible to get their vaccines and have also recommended masking indoors. That includes Tulare County which reported last month that most of its COVID-19 cases were the more contagious delta variant.

However, there's still a significant disparity between vaccination levels among counties across the state.

When it comes to areas like the Bay Area, single-dose vaccinations are above 70%. Central California counties have at least 20% lower vaccination rates.

Kings County has the lowest percentage of people who have received at least one dose of the COVID-19 vaccine. The county has about 41% of the population who has gotten their first shot.

Madera, Tulare, Merced and Mariposa all have around 49% of their population partially inoculated.

Meanwhile, Fresno County holds the highest percentage in the Valley, with 56%.

But these percentages are still on the lower end compared to the state's average of 70%.

Take a look at the map below to track how each California county is doing on rolling out vaccines.