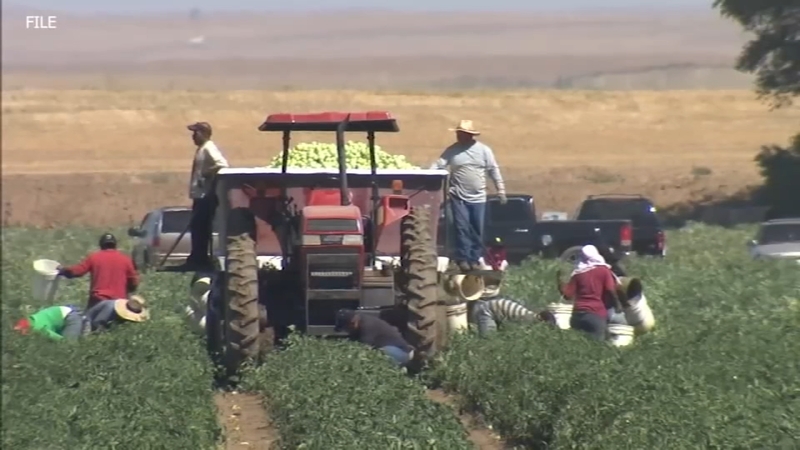 This state's farmworkers feed the world, but they often don't feel they get the corresponding credit.

"We're coming through a pandemic where often we've been told about the importance of essential workers, but as a worker told me, more often than not we've been treated as though we're expendable," said Naindeep Singh, executive director of the Jakara Movement.

Bonta says he wants to change that.

"We want to earn your trust," Bonta told them. "The laws on the books should be the laws in the field. I was really moved by the stories that were being told about lack of enforcement of heat laws and regulations that are there to protect workers."

An Action News investigation earlier this year found Cal-OSHA conducted physical inspections after only about 8% of complaints, which the agency attributed, in part, to a shortage of workplace safety inspectors during the pandemic.

Asked for specifics about improving enforcement, he said he's at the listening stage, but promised improvement will come.

Labor leader Armando Elenes said that's a must, and it will benefit every grower.

"It's not just going after everybody," said Elenes, the United Farm Workers secretary-treasurer. "It's really trying to make sure everybody has a level playing field and that the worker at the bottom is not the one getting the brunt of it and being used."