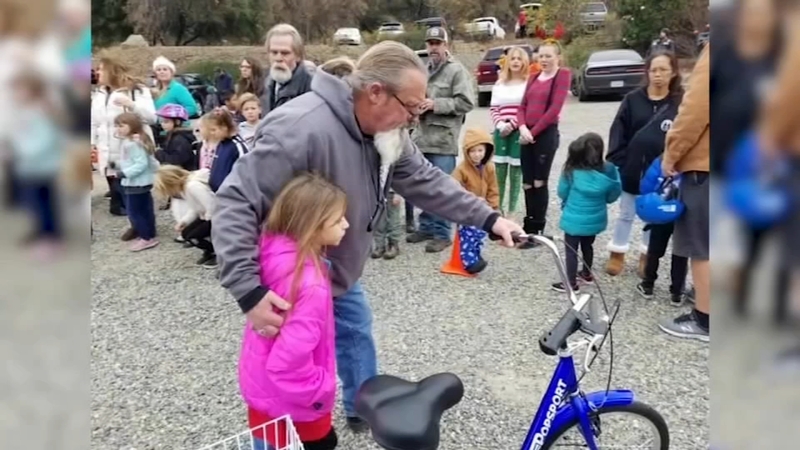 For the last five years, he's organized a bicycle giveaway in the mountain community of Coarsegold.

"I am here for a reason and that is the reason," he said.

He's now being forced to shift his focus to himself.

His life mission now motivating him to win his battle.

"I am going to beat this because there are children that we still need to help," he said.

Riegelhuth started noticing drastic changes in his appetite about five months ago.

"When I would eat, first bite, I would get pain," he said. "Immense pain and I would immediately go to the bathroom and start throwing up."

There were days when he couldn't eat. In a matter of weeks, he lost about 80 pounds.

Riegelhuth said he went to a doctor and after weeks of testing, they found a tumor that had spread to 80% of his esophagus near his stomach.

"I said is it cancer and he says yes," he said. "Then, you go through this full spectrum of emotions."

He's staying in Chowchilla with his son to cut down on expenses. But he's already racked up tens of thousands of dollars in debt.

"I can't worry about that, I have to worry about living and beating this cancer," he said.

What keeps Riegelhuth fighting is the thought of helping children in need.

He wants to collect tablets for children battling cancer.

"I had a tablet at least for the eight hours of chemotherapy to occupy my time but what about a child who doesn't have that," he said.

Riegelhuth also promises to bring back his bike giveaway this year after the pandemic canceled it in 2020.