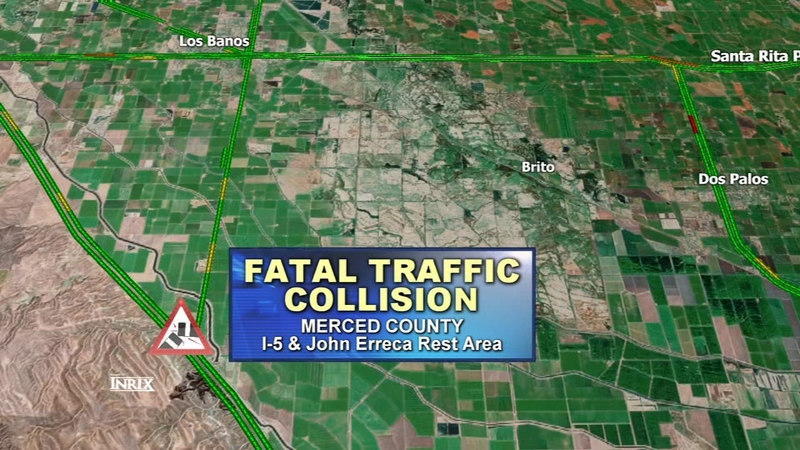 FRESNO, Calif. (KFSN) -- At least two people are dead, and traffic is being diverted after a crash involving a big rig and six vehicles on Interstate 5 in Merced County.

The Los Banos California Highway Patrol says the crash happened on northbound I-5 near the John Erreca Rest Area shortly after 4:30 Saturday afternoon.

A 63 year old man driving the Malibu and a female passenger both died at the scene.

Northbound traffic was being diverted onto Nees Avenue. At least one of the vehicles was overturned, and authorities say it's not clear how long it will take to clear the roadway.