KFSN
By Landon Burke
CLOVIS, Calif. (KFSN) -- On Sunday afternoons, the field in Clovis' Dry Creek Park transforms into the scene of a medieval battleground.

Before the statewide shelter-in-place order came down, Actions News met up with fighters from Belegarth's "Sunspear" chapter, which is based in Clovis.

Organizers said, though the fray of battle can get chaotic, their group imposes rigorous safety measures.

Matthew Litster is a senior member of the Sunspear chapter. He said safety and structure are an integral part of Belegarth.

"Here it just looks like a bunch of nerds in the park hitting each other with sticks," He said. "But, in all actuality, we are an international organization."
Kailey Young is a "herald" for Sunspear - someone who acts as a combat referee.

"There's a lot of structure," Young said. "And we basically use all those rules with all of our weapons, all of our fighting; that's what we guide by."
For example, each foam weapon must be inspected before competition to ensure it is safe to use. Fighters are not allowed to strike their opponent in the head during hand-to-hand combat, and so on.

Despite these measures, sometimes injury is inevitable.

"It is a full-contact sport, so you're gonna get hurt," David Slagle told Action News. "I mean, you sign a waiver for a reason."

For many, this controlled release of aggression is therapeutic.

"Whether it's going out there and wanting to put your friend in the dirt, or whether it's sitting underneath an awning and chatting about the week's activities," Litster said. "There is so much to the game that's not just, you know, 'whack.'"

"We get to hang out with other people that love the same thing we do," Slagle said. "Everybody here has some form of love for fantasy games or like medieval history."

Young said, despite the many different walks of life represented by the group, when they fight together, they fight as one.

"We do have doctors here. We have even army veterans," she said. "We have a lot of other people just do regular, 'normal' jobs. But they come over here and it's like we're just one big family." This is it! Southern comfort, soul food at its finest in Third Ward 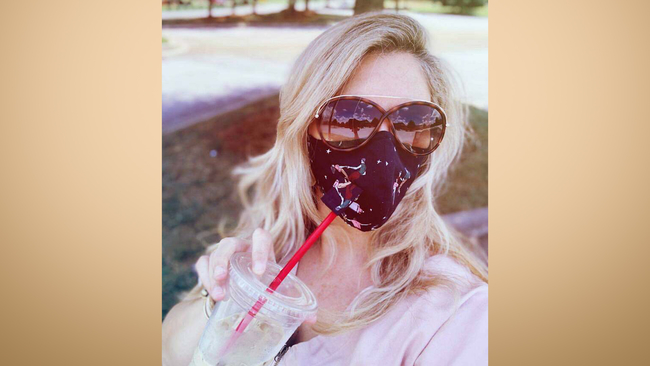 Designer creates mask you can sip in