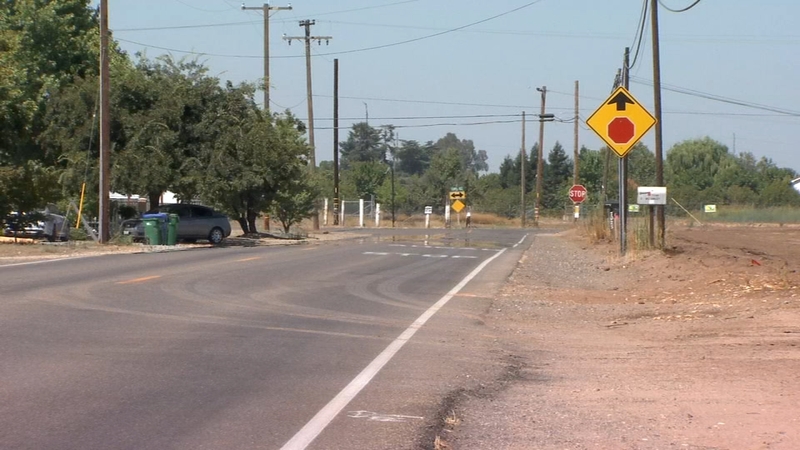 FRESNO, Calif. (KFSN) -- A Tuesday morning crash, near temperance and Mckinley, that claimed the life of a bicyclist has California Highway Patrol officers urging caution to motorists when sharing the road.

"They have the right of way just as much as a vehicle does especially when there is either no shoulder or a reduced shoulder," said

The cause of the crash remains under investigation but according to CHP the teen driver, who had several passengers in the car, drifted right onto the shoulder hitting 56-year-old Jack Viriyavong from behind.

"The teen occupants of the car remained on scene," said. "They were being very cooperative during the investigation."

According to CHP, two passersby attempted CPR before EMS arrived. Viriyavong was transported to CRMC where he was pronounced dead.

"We're trying to rule out whether there was any distraction or any kind of issues that may have caused them to drift off the road,"

CHP says the driver had his license for less than a year, so he wasn't supposed to be driving with passengers in the car.

Depending on the outcome of the investigation, the driver could be charged with misdemeanor vehicular manslaughter as well as another charge for violating his provisional license restrictions.

The teenage boys in the car, involved in the crash are all Clovis East HIgh School students, who were driving home after an early morning sports practice.

Clovis Unified released a statement when they heard of the incident:

"Yesterday's accident near McKinley and Temperance avenues that resulted in fatal injuries to a cyclist is tragic on many levels. The teenage boys in the car are all Clovis East high school students, who were traveling home after an early morning sports practice. From all that we know of the accident, the young men did the right thing by staying at the scene, fully cooperating with law enforcement officers, and contacting medical assistance immediately after the accident. The school administration, upon learning of the accident, reached out to the families of the students involved to offer support. We also held a meeting with the sports team the boys are a part of to share news of the tragedy and connect students with emotional support systems that are in place at the school. Our school psychologists led the meeting, and information was also sent home with the team about resources available to families.