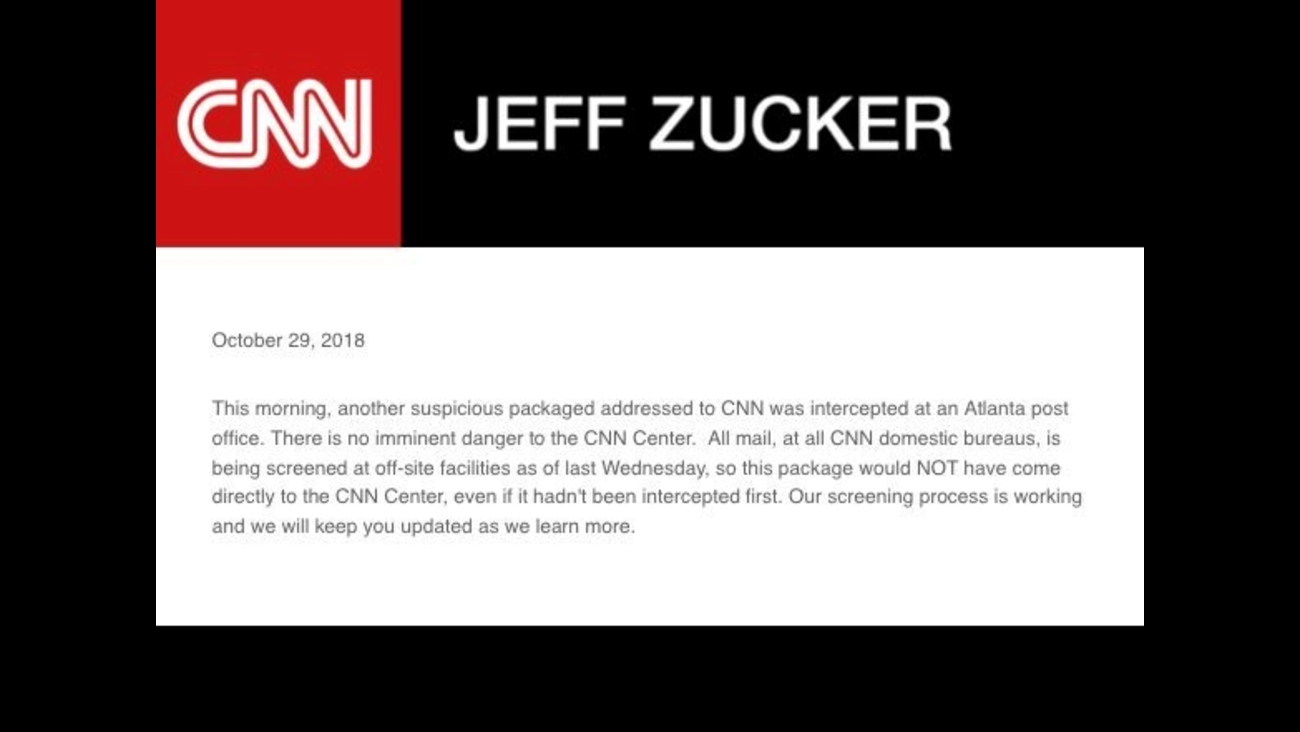 Zucker announced that there is no imminent danger to the CNN Center.

Atlanta Police have confirmed they responded to a suspicious package at a post office Monday morning.

He says all mail to CNN has been screened offsite since last week, when a series of package bombs began appearing around the country. One of those bombs was mailed to CNN offices in New York.