Keeping businesses open is coming at a cost for some Central Valley cities.
KFSN
By Alyssa Flores 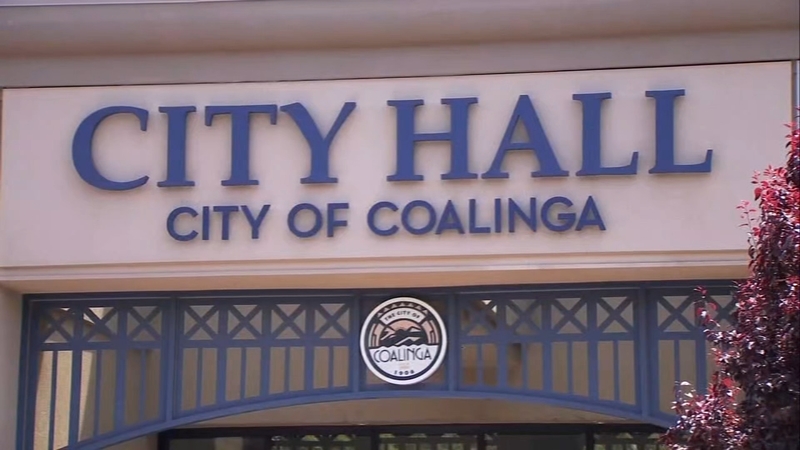 Keeping businesses open is coming at a cost for some Central Valley cities.

Coalinga and Atwater have received notice that they won't get emergency state funding as a result of their local ordinances allowing businesses to stay open.

Earlier this year, the cities of Atwater and Coalinga each passed policies to keep businesses up and running during the pandemic, contrary to the state's public health orders.

California's Office of Emergency Services says Atwater and Coalinga are the only cities in the state that have been handed down letters with that type of notice.

The letter to Atwater City Manager Lori Waterman says that the resolution that passed in mid-May declaring Atwater a sanctuary city for all businesses makes the city ineligible for up to $387,428 in state assistance.

The letter to Coalinga City Manager Marissa Trejo is similar. It cites the resolution passed in late May declaring all businesses essential makes Coalinga ineligible for up to $212,358 in state money.

Councilmember Adam Adkisson says when he brought the resolution forward in May, Coalinga still had not received any financial aid.

"We had two options, we follow the governor's orders, we don't get any money, we lose businesses," he said. "Or we open up, we keep our public safety going and we keep businesses open."

Adkisson says the City of Coalinga should consider a lawsuit.

Atwater Councilwoman Cindy Vierra says she stands by the decision passed by Council because small businesses can't afford to wait.

"It's like telling these people, 'Ok don't go to work. Don't open your business because we might have some relief of an unknown amount at an unknown date and time to rescue you,'" she said. "How do you tell those people you can't make living because of that?"

The latest data shows Atwater has 474 cases of COVID-19. Coalinga has 135 cases of the virus. It's a statistic that Adkisson says proves the city is taking responsibility for public health.

"We have the second-lowest transmission rate per person in the county of Fresno. We are doing our job. The city of Coalinga, the residents here are doing their job trying to prevent the spread of this disease," said Adkisson. "We are doing a lot better than the state right now. But we are the ones who are taking the punishment from the state because we are not following exactly whatever the Governor decides he wants to do."

Adkisson says even if Coalinga does get the $212,358, which he says is about 2% of the city's budget, they will need more to keep the city afloat from the impacts of the pandemic.

"To help small businesses," he said. "My idea would be to help people with rent, with their city bills. Also we have incurred some costs on the police and fire side because of this in overtime costs."

The City of Coalinga will be holding a special meeting Monday at 3 p.m. to discuss what steps they'll take next. Atwater's next City Council meeting is Monday as well, when the letter is likely to be discussed.