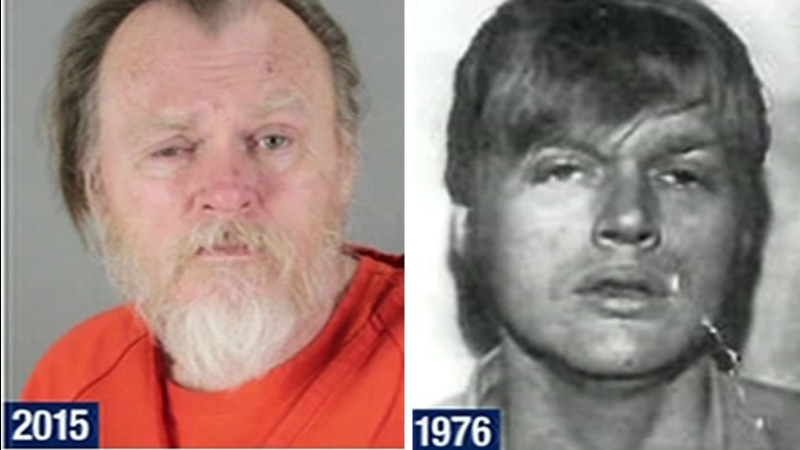 REDWOOD CITY, Calif. -- A man authorities say is the serial killer in the 40-year-old "Gypsy Hill" murders appeared in a Redwood City courtroom Thursday. Rodney Halbower, 66, was formally charged with the cold case murders on Thursday. It's a story you'll see only on ABC7NEWS.COM.

In January 1976, 18-year-old Veronica Cascio's body was found on Gypsy Hill Road at the Sharp Park Golf course in Pacifica. She was stabbed 32 times and raped.

A month later, 17-year-old Paula Baxter's body was discovered in Millbrae. She was last seen at Capuchino High School.

"It is time to bring this man to justice for the murders we can clearly prove at this point and bring some closure to the families as best we can," said Wagstaffe.

Halbower was extradited from an Oregon prison Wednesday night. He had been serving time for an attempted murder conviction.

ABC7 News learned that cigarette butts left at the two crime scenes contained his DNA. His DNA also reportedly appeared on a cigarette butt at a crime scene in Reno, where a 19-year-old woman was killed around the same time as the others.

In an exclusive jailhouse interview with ABC7 News reporter Vic Lee, Halbower said, "I don't know anything. No knowledge about this. This... finding a cigarette butt and DNA from 30 years ago? Doesn't make any sense. I have no idea about that."

Halbower said he was surprised to be named the killer. He said he was guilty of committing the crime in Oregon but not the "Gypsy Hill" murders".

"I'm confused. I just want some answers," he said.

"I feel he was the one who did it. I wish he would admit to it, but I don't see that happening," said Blackwell.

If convicted, Halbower could spend the rest of his life in prison.