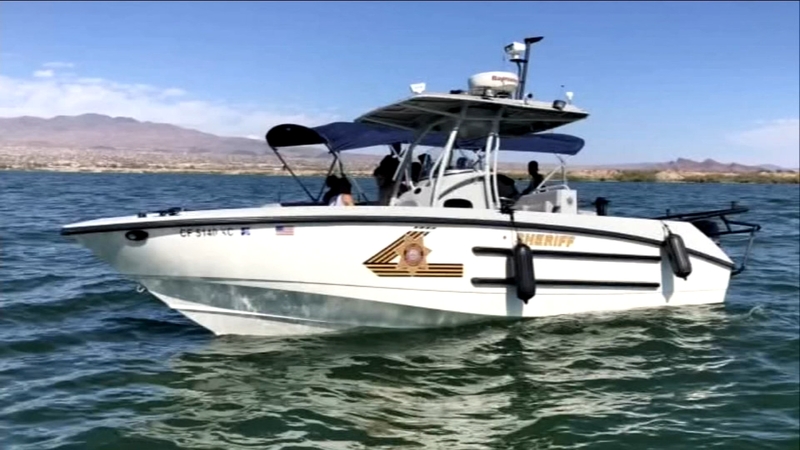 VISALIA, Calif. (KFSN) -- A Visalia woman is confirmed dead, and three people are still missing after a head-on boat crash that happened near the California-Arizona border Saturday night.

She worked as a nurse at Kaweah Delta Medical Center for 22 years, most recently in the Cardiovascular Intensive Care Unit, and is credited with saving hundreds of lives.

In 2013, she received the hospital's structural empowerment award.

"She loved her patients, she was an invaluable team member, and she will be greatly missed," said Kaweah Delta CEO Gary Herbst.

The missing include Raegan Heitzig, Kirra Drury, and Brian Grabowski.

Family members say Grabowski was a good guy living his dream with his wife.

The 49-year-old Tulare man hasn't been seen since Saturday night when two boats collided in the middle of the Colorado River.

At least nine people were injured in the crash, including Grabowski's wife Tabby, who is recovering at a Las Vegas hospital.

"There wasn't a single person out there that didn't like him, he's a loveable guy, & Tabby, she brought out the best in that guy," said Annette Grabowski, Brian's sister. "It was true love. Now we're just devastated & at a loss, the not knowing just isn't cool."

Grabowski, who lost his eye in an accident, creates artificial ones for a living.

In 2015, he made one for a Sanger softball player injured in a drive-by shooting, earning him recognition from the Fresno County Sheriff's Office.

The Mohave County Arizona Sheriff's Office says they will continue to patrol the river until all of the missing are accounted for.

Tulare County residents are now confirmed to be among those involved in a deadly boat crash on the Colorado River.