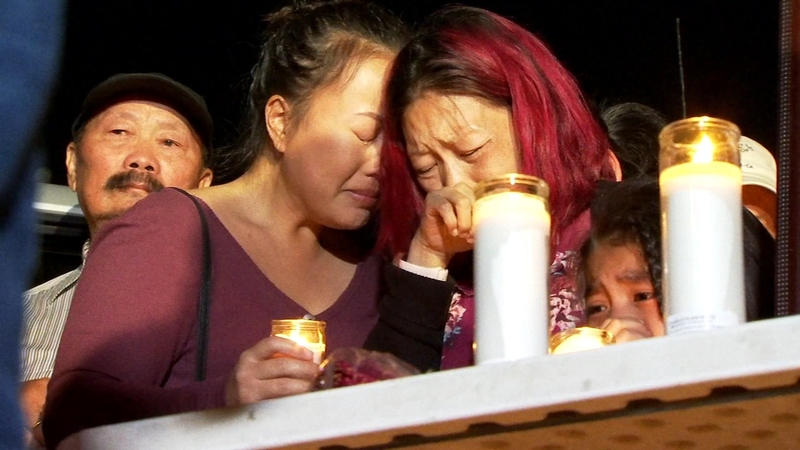 FRESNO, Calif. (KFSN) -- The first of four elaborate funerals were held for the men killed in a mass shooting in Fresno nearly three weeks ago.

The first to be laid to rest will be Kou Xiong - a husband, father and sushi chef at Japanese Kitchen in Clovis.

At All Faith Funeral Home off Highway 99 in Fowler, preparations are in place for a crowd that's expected to be more than three hundred people.

The service will begin Saturday with breakfast before several rituals take place in a lengthy ceremony that will include music, a money tree and the burning of incense.

"The guys will play some kind of instruments, they are hand made instruments and while they play, they'll be saying their prayers and their loved one will be right here and they just do that for hours as a tribute to the one who passed," said Jamie Urista of All Faith Funeral Home.

Several tents are set up outside the funeral home. Tables and chairs are ready to be set up to prepare and serve several meals a day.

The prayer room is quiet now, but tomorrow it will be filled with sound.

Although it is tough, especially under these circumstances, traditional Hmong beliefs discourage mourners from showing too much sadness because it could interrupt the souls travel to the afterlife.

The community will perform a meaningful and orderly ceremony for at least 8 hours Saturday and much of Sunday.

"Long-lasting with a lot of family members and with the Hmong community they all support each other so it will be an in and out thing all day long," said Urista.

Kou Xiong was the sole wage earner in his family. He's survived by a wife and young daughter. In the days following the killings, candlelight vigils were held outside his home.

Xiong loved to cook while hosting friends and family in his home. He was enjoying Sunday night football with many of his soccer teammates when police say two gunmen ambushed the crowd.

Fresno Police have still not identified any suspects or made any arrests despite a 56 thousand dollar Crimestoppers reward.