How Did They Do It? The transformation of Fulton Mall to Fulton Street 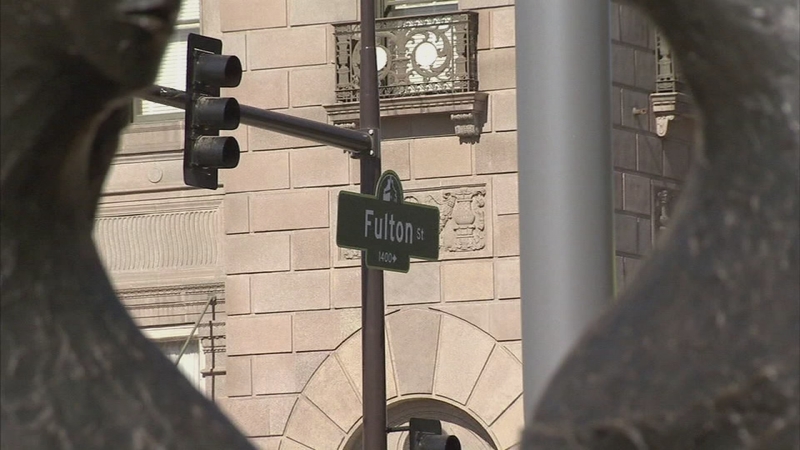 How Did They Do It? The transformation of Fulton Mall to Fulton Street

FRESNO, Calif. (KFSN) -- Refurbished fountains produce a ripple effect and a brand new sound, look and feel Downtown. All the talk, even among sculptures it seems, focuses on the new Fulton Street.

Melanie Roberts from Clovis said, "It feels like a big city now, whereas before it was just kind of deserted a little bit, but it looks really nice."

Roberts took her first drive down Fulton, a year and a half after the project's groundbreaking. It set off a $20-million construction project to tear out the pedestrian mall and return street traffic to the heart of downtown. The result was fresh views from angles which did not exist before.

"There's so much to look at. That's something we like in a downtown. We call it a surprise around every corner," Downtown Fresno Partnership's CEO Craig Scharton said.

The art community was skeptical the removed pieces would come back in better shape, but most are pleased with the outcome.

Lilia Chavez with the Fresno Arts Council said, "To see it as pristine and beautiful as it is right now, certainly the restoration investment was worth it."

The 32 art pieces had to be carefully removed and restored by an art conservator.

Randall Morrison, the Project Manager, said, "Did a really good cleaning on them. Re-patina'd the pieces so that they have a protective coating and the color is brought back to its original condition."

Local sculptor Stan Bitters did not restore his original creations. He's worried his "dancing waters" fountain won't work exactly like it did in 1964.

"So that bothers me not knowing whether that is going to happen or not."

Pieces may have been moved, but it is still an outdoor sculpture garden.

"This stuff was completely covered over with decades of mineral deposits," said Scharton.

The idea is to have the restored artwork draw you in different directions.

Many of the mall's trees were cut down to make way for the project and some of the wood was turned into furniture.

Old trolley tracks and underground transformers discovered while crews were digging also had to be removed to ensure a smooth ride down Fulton.