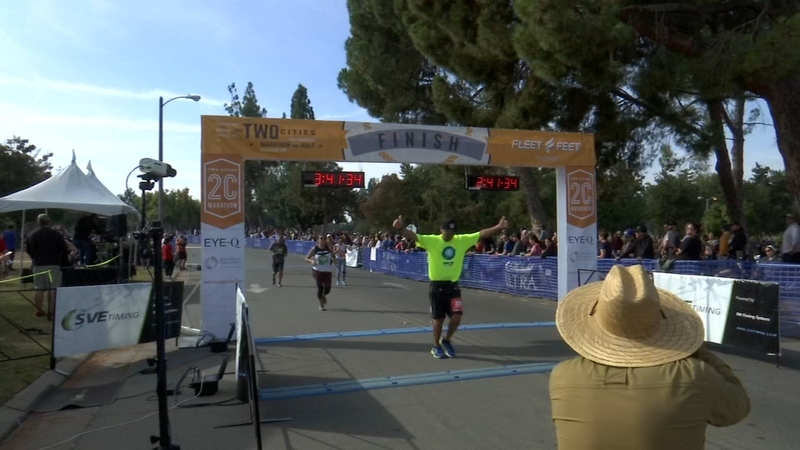 You can expect road closures between 3 am and 3 pm on parts of Friant, Shepherd, Teague, Alluvial, and Old Town Clovis.

A year ago, family and friends ran a mile in honor of Gavin Gladding. The Clovis Unified vice-principal was killed when he was hit by a truck while out on a training run last October.

"After talking with his family, he was coming up on his third year running the marathon. I think from what they told me. He was taking his training a little more seriously," Moore said.

Some people will participate with a heavy heart because of the sudden loss of Central Unified cross-country coach Dante Johnson, who collapsed and died on Wednesday after running at Woodward Park.

"It is difficult. I went to college with Dante and ran track at Fresno State with him. It was saddening to hear of his passing. I know he touched a lot of people in the Fresno running community," said Aaron Samansky.

Samansky owns Fleet Feet. The store was getting ready for Saturday's Two Cities Marathon Expo, where runners will pick up their packets and bib numbers at New Covenant Church. Some will need clothing and nutritional items.

"Usually, after an hour and a half of activity, the body starts to run low on blood sugar and needs some fuel so those energy gels and chews and all that stuff, that's where they come into play," he said.

Runners will also be able to take photos in front of a backdrop, which includes their individual names to help get them fired up for the races on Sunday.

The weather and bad air won't be as big of a concern.

"Earlier this week, I was definitely concerned. the air quality seems to be improving now that containment is going up with that Kincade Fire," Moore said.