Mike was making progress at the hospital and his family thought they were going to be reunited with him soon.
KFSN 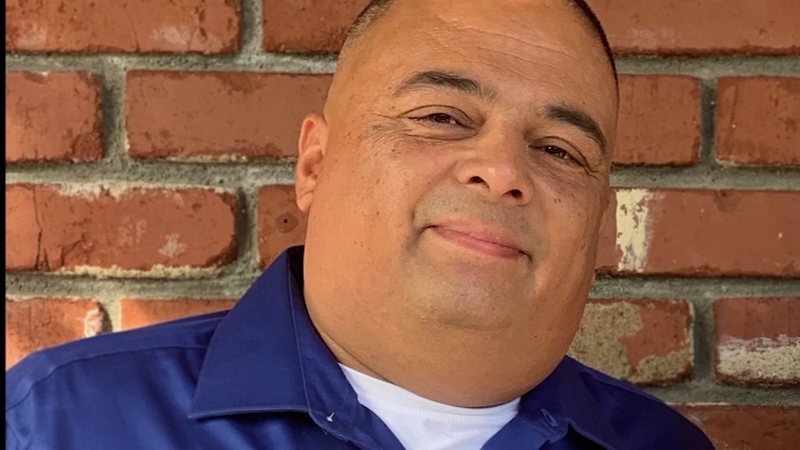 CHOWCHILLA, Calif. (KFSN) -- Memories made and smiles shared on trips remind Michael Marin just how special his father Mike is.

"There are very few people who come like him. He was perfect," says Michael.

Those memories are all he has left of his dad.

On Saturday, Mike lost his battle with coronavirus after fighting it for about two weeks. His death was sudden and unexpected.

"He never really had a bad day," says the grieving son.

48-year-old Mike was a correctional officer at the Central California Woman's Facility in Chowchilla. He worked there for 22 years.

Marin thinks that's where his father contracted the virus.

Mike, who suffers from severe asthma, had to be hospitalized for minor breathing issues. He was making progress and Michael thought he was going to be reunited with him soon.

"It was such a shocker, because everyone knew he was doing good. We told everyone and I had finally accepted in my head that he was coming home," says Michael.

Mike was the sole provider for his family. He leaves behind four children. Michael is the oldest at 19 years old.

While the loss has been difficult for everyone, it has has been especially hard for his mother.

His parents were high school sweethearts.

"They have never ever spent more than two days apart, so it was grueling for my mom," he says.

Marin remembers his father as a humble man who was loved by many. He had a passion for Baseball and shared that love with his children. He also coached on Reedley's little league team.

"He treated all his kids on the team as they were his own kids. He helped families who didn't have gear," says Michael.

Michael now takes comfort knowing that his father is watching over him and his family.