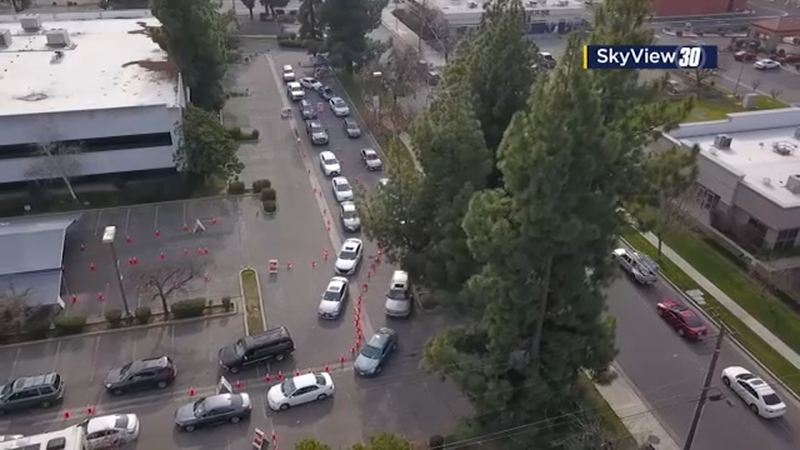 FRESNO, Calif. (KFSN) -- The line of cars snakes down the street for as far as the eye can see.

"This is a little bit of deja vu, and not in a good way," says Dr. Kenny Banh with UCSF Fresno. "I never thought we'd have lines like this again for testing."

The stream of vehicles has been steady at the UCSF testing and vaccination site in northeast Fresno across from Fashion Fair Mall.

"It was a little bit longer than it was last time but it's going by pretty fast, which is a good thing," says Melanie Barron.

Dr. Banh figures close to 20% of the people getting tested here are positive for COVID-19.

"We're doing almost 1,000 tests a day here," Banh said. "Actually, on Friday, we were doing so many tests we temporarily ran out of supplies for a couple of hours."

Some people came because they couldn't find at-home rapid tests at local pharmacies.

"My wife, she's ill and is going to get tested," says Florencio Hernandez.

Dr. Banh says those at-home tests aren't as effective as the PCR tests conducted at this site because the rapid antigen tests were designed for symptomatic people with fever and a cough -- not for those with low-level infections.

"We're talking in the neighborhood of 70-80% sensitive, so they're still missing one of four cases," he said. "But they're really missing those, in particular, who are asymptomatic, have low viral loads that could actually still be spreading it."