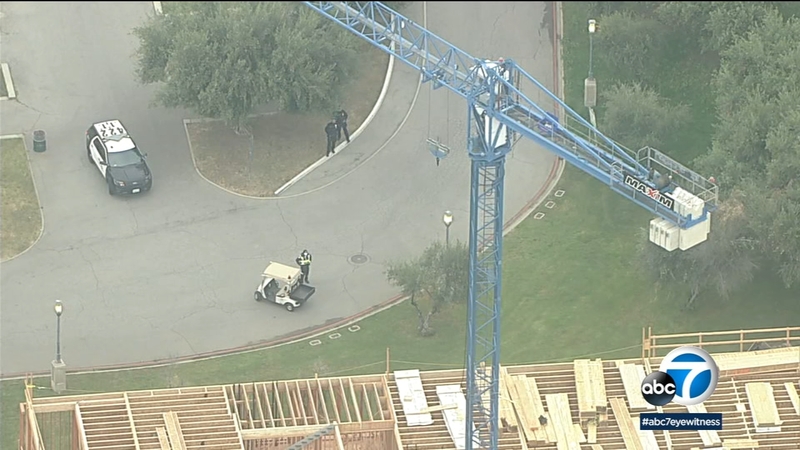 EAST HOLLYWOOD, LOS ANGELES -- A man climbed to the top of a 150-foot crane Friday morning at a construction site in East Hollywood, in Southern California, prompting a response from police and firefighters and the closure of Hollywood Boulevard at the scene, authorities said.

The climber was reported shortly after 6 a.m. near Hollywood Boulevard, according to the Los Angeles Fire Department.

"Their intent is unclear," the LAFD said in a statement, adding that officials were not aware of any "escalating or off-site hazard" connected to the incident.

Hollywood Boulevard was closed to all traffic between Berendo Street and Kenmore Avenue.

The man was seen intermittently walking back and forth along the horizontal arm of the tower crane, where he remained until about 9:30 a.m., when the man was taken safely into police custody atop the crane.