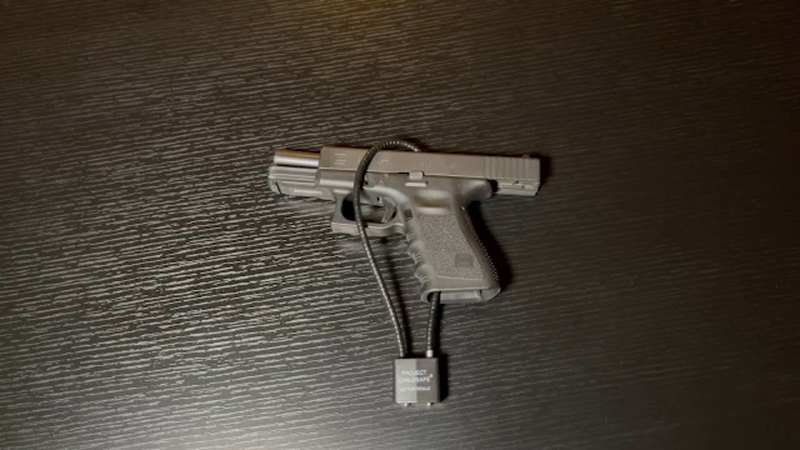 "We're trying to meet the problem when they're first born and first developing," says Community Regional Medical Center's Chief of Pediatric Trauma, Dr. John Bilello. "We're kind of working from both ends and hopefully, we can make a difference."

"I wish, personally, we could just buy safes for everyone to put their weapons in and lock them up, but that's unrealistic," he said.

Dr. Bilello says they treat less than a handful of accidental gunshot victims per year and while these children make up the minority of the patients they see, each leaves a lasting impact on the surgeons and nurses.

"These are just the ones that get to us," he said. "There are a lot of times that there are kids that don't make it to our front door because they're killed in the field.

In 2018, Fresno police say the toddler shot himself in the head with an unsecured semi-automatic pistol belonging to his father's roommate, Oscar Ramos.

A jury found Ramos guilty of negligent storage of a firearm.

The cable locks can be used on most firearms, allowing for quick access in an emergency while offering security from theft or unintentional discharge.

"They look at a gun, they think of a toy and this happens across this country all the time," says Fresno Police Chief Paco Balderrama. "Children find weapons and they either accidentally shoot themselves or somebody else."

Chief Balderrama says they acquired 10,000 gun locks through a federal grant and Project ChildSafe, a program he says was successful with his last department in Oklahoma City.

"The more of these we can circulate in the community, the safer young children who shouldn't be handling guns in the first place are going to be," he said.

The plan is to continue to ask for the grant as long as funding is available.