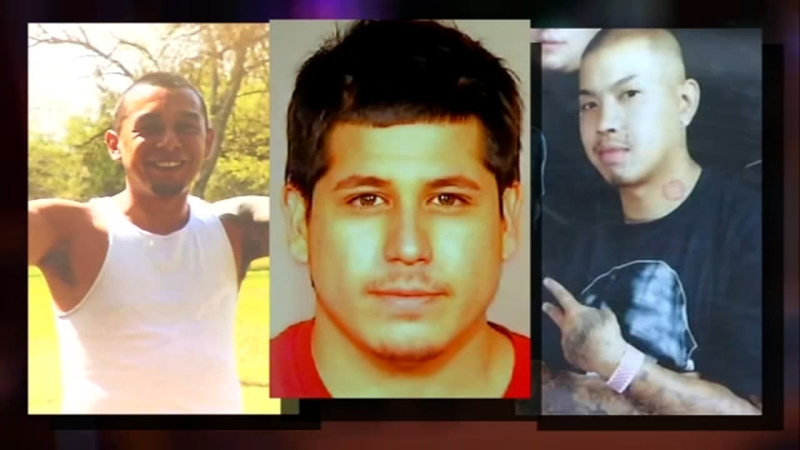 FRESNO, Calif. (KFSN) -- The man who shot and killed his boss and another man at a Tower District tattoo shop is back on trial and building a defense.

After a two-week delay caused by COVID, the defense laid out a case Monday for why they say it was self-defense when Cruz Hinojosa shot and killed two people and shot at a third person.

He also took a shot at a woman who was in and out of Xayapheth's Fresh Ink tattoo parlor that night. Hinojosa told police he thought he killed her, too.

At that point, he turned off his phone and left town.

The next day, he turned himself into police in Pismo and told Fresno police he killed in self-defense.

Hinojosa said he had a fight with Xayapheth and felt his life was at risk because he knew his boss kept a gun at the store and had a history of violence.

Defense attorneys brought in a witness who scuffled with Xayapheth about 17 years ago, when they were both teenagers.

We're not allowed to identify the witness, but he said he had a violent argument with Xayapheth and his girlfriend on an apartment balcony they shared.

"She got very mouthy and we had a little banter back and forth and he felt like I had disrespected her, so he lifted up his shirt and his jacket and he had a gun in his waistband," the witness said. "And so at that moment, I panicked and I struck him to the ground."

The fight didn't end there, according to the witness.

He said Xayapheth lost his gun and left the balcony with one of the witness' friends watching him.

"He went and followed Pisa and ended up getting into a physical altercation at the tennis courts with Pisa where he was stabbed seven times, once in the heart," the man said.

Xayapheth went to prison for the attack.

But court records show he had no new felony or violent charges since at least 2014.

And the witness who survived Hinojosa's last shot said Xayapheth had no weapon at the time and any fight between him and Hinojosa had ended before the deadly shots.