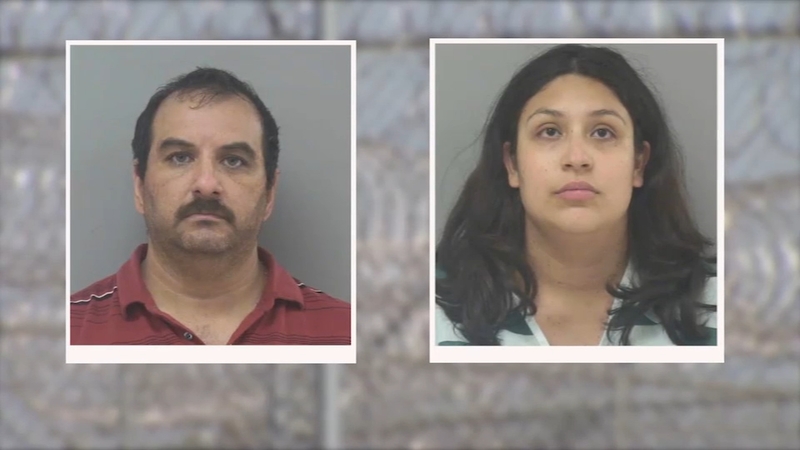 FRESNO, Calif. (KFSN) -- Sukhjinder and Briseida Sran faced a judge over a video feed at the Madera County Courthouse Tuesday, just hours after the District Attorney's office filed two felony counts against the couple for their young son's death.

Sally Moreno says, "We filed murder charges against the mother and father of Theo, and we also filed in accordance with Adam's Law. It's child abuse leading to the death of a child under the age of 8, and it's a 25-year to life count."

A defense attorney standing in for Roger Nuttall requested the arraignment be pushed back one day to give him time to review the complaint.

The Srans have been in the spotlight since reporting their son, Thaddeus, missing on July 15. Eight days later, authorities found the burned body of a toddler in an orchard west of Madera.

Moreno says, "There are no autopsy results yet. We're still waiting to hear, but burning will have an effect on the state of the evidence."

Moreno says her team is continuing to review all of the reports they've received from the police, and she will be assigning a prosecutor who can take the case from start to finish.

She explains, "Trials can take a long time, especially trials as complex as this. When I meet with victims next of kin oftentimes, my assessment will be to them if everything goes very quickly we could be done in as soon as two years. Oftentimes, it takes longer than that. I have seen homicide cases resolve more quickly than that, but two years is a very conservative estimate for how long it will take to get this to trial."