She is Carr and his wife Heather's fourth child and first daughter.
KFSN
By Joyeeta Biswas 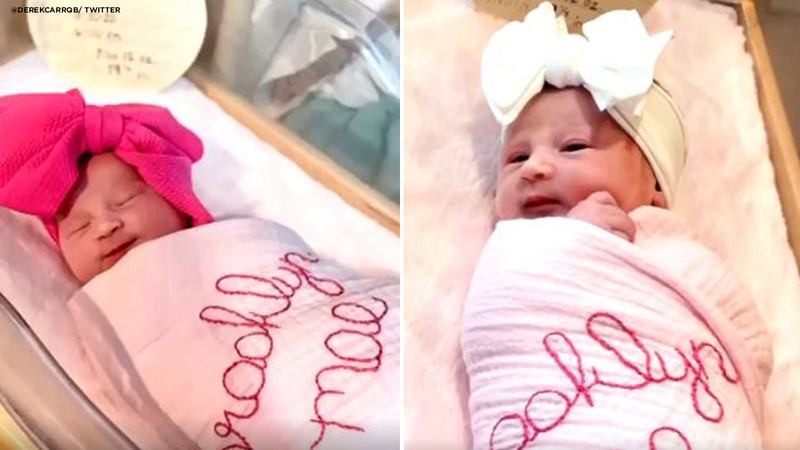 On Tuesday, the Central Valley native posted pictures of his beautiful daughter wrapped in a blanket and dressed in a succession of adorable bows, with the caption: "I'll always be in love... "

The blanket had the words 'Brooklyn Mae' stitched on to it. A birth chart above her also displayed the name.

Brooklyn Mae is Carr and his wife Heather's fourth child and first daughter. She is joining brothers Deakon, Deker and Dallas.

Carr announced the birth of his daughter on Monday, calling himself '#GirlDad'.

Our baby girl has arrived!!! #GirlDad