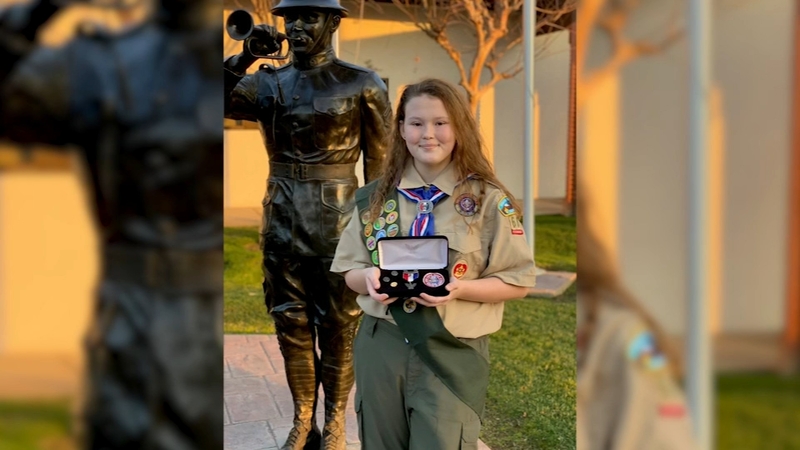 Saturday, she was awarded the highest rank by the Boy Scouts of America Sequoia Council.

From Madera to Kings Counties, Amanda is the first female to reach the status of Eagle Scout.

"I thought it was a dream at first and then I knew it was reality," she said.

Instead of pinching herself, a handheld box with a collection of awards reminds her that it's real.

"It has my mentor pins, my parents' pins and my badge," she said.

Amanda is following in the footsteps of her older brother, but she's forged her own path and she's exceeded so many expectations along the way.

"I wanted to prove to him and all the naysayers girls can do it," she said. "They can do anything that boys can do and sometimes they can do it better."

This achievement was two years in the making.

To climb the ranks, Amanda assumed different leadership positions and even spent a night in the woods alone.

"You get next to no food, which was a big challenge for me because I love to eat," she said.

She also had worked on a final project.

With the help of others in Troop 60, she created eight boxes to rehome animals impacted by the Creek Fire.

Half of them will be for barn owls and the other half for bats.

"Wild turkeys are attacking the owls and bats need a spot so they can sleep at night," she said.