For roughly 2 million Californians, pandemic benefits are coming to an abrupt end on Sept. 4.
KGO
By Michael Finney 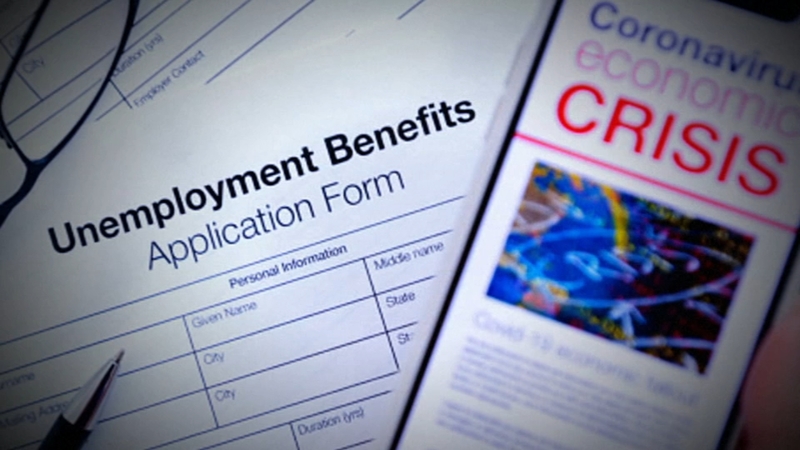 Millions of Californians about to lose unemployment benefits

SAN FRANCISCO -- California's economy is slowly coming back to life, gaining nearly a million payroll jobs over the past year. Yet, about three million Californians are still collecting unemployment -- And for about two million of them, pandemic benefits are coming to an abrupt end on September 4.

Some say it's like falling off a cliff, and the Employment Development Department is warning folks to be ready. Millions who lost their jobs just because of the pandemic are about to lose their benefits, too.

Michael Gumora was writing a "rideshare blog," earning money by referring drivers to Uber and Lyft. He'd bought himself unemployment insurance years ago, so when income dried up in the pandemic, the EDD paid his benefits.

"Very grateful there was some income," he added.

Now millions of Californians are about to be cut off from special pandemic benefits that expire on Sept. 4.

After suspending the requirement, the EDD now says workers must look for work to receive unemployment benefits.

Among the biggest changes: the federal government will stop adding that $300-per-week bonus to everyone's unemployment checks.

Also the federal government will end the first-of-its-kind program that has paid unemployment benefits to non-traditional workers. It means no more benefits for gig workers, independent contractors, and the self-employed.

Also expiring is a program known as Pandemic Emergency Unemployment Compensation (PEUC), which extended benefits up to 53 weeks for those with expired claims.

EXCLUSIVE: BofA says it wants out of unemployment benefits contract as EDD renews

The EDD is now urging everyone on unemployment to find a job.

Right now that might seem easy - the state added nearly one million payroll jobs over the past year. However, some say it's not that simple.

Bernick, who now works as the research director for the California Workforce Association, says the economy has changed since the pandemic: many businesses shut down, workers moved. Many worry about getting sick on the job - or sending kids off to school.

"It's not such an easy process to say, well we have 3 million on unemployment and we have all these jobs and people can immediately fill them. It's not an easy match in terms of location, in terms of skills, in terms of aptitudes."

Sunday night, complaints flooded in by the dozens as California's EDD website and call center went down over the weekend.

As for Michael Gumora, he says rideshare giants no longer pay him to recruit drivers, so he's adapting his business, and thinking about what's next.

"I'll mop floors if there's a job opening," he says.

Now, a potential hope for those still out of work: the Biden administration says states may use any leftover unemployment funds to continue some of these pandemic benefits. So far, no word if California is taking up that offer.