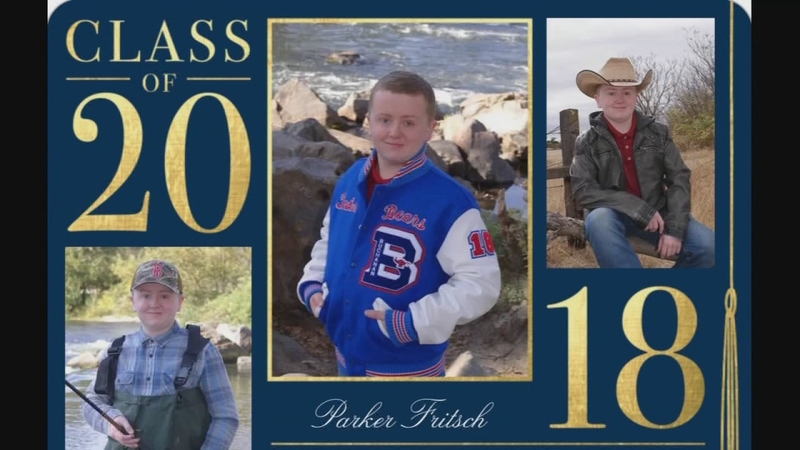 CLOVIS, Calif. (KFSN) -- The Valley boy who survived leukemia and inspired an army of "Parker's Pals" is graduating high school tonight ...to the thrill of his family, friends, and community.

Parker Fritsch was given a 22% chance of survival when he was just a baby. But here he is after a countless amount of medical procedures and tests -- healthy and ready to graduate with his Buchanan High classmates.

"Doctors told us initially that you should cherish the time you have with him because it won't be very long. So getting the opportunity to be here tonight and walk with 654 graduates from Buchanan high school is going to be something special," says Parker.

Parker will graduate with honors. He has also earned a full academic scholarship to attend Fresno State thanks to the Smittcamp Family Scholarship. He hopes to go to medical school at Duke University -- the same school that helped save his life.

"They're the university that gave me the bone marrow transplant, and without them, there would be no question that I wouldn't be standing here tonight. I want to go back there and get a medical degree and save more lives."

After everything he's been through Parker's mom Melissa has learned never to doubt her son's drive to succeed.

"It's a spark in him and a drive, and he's just going to get it done," says Melissa Fritsch.

Knowing how emotional tonight will be Melissa jokes that she's packing a box of Kleenex along with waterproof mascara for the graduation ceremony.

"This is a huge deal for him, and I think the community too because they all played a part in his survival. People gave blood products for him. Someone gave their bone marrow for him to survive and it's a celebration for everyone around here."

Abstract paintings have helped provide a form of therapy for Parker and his mom over the years. The soon to be high school graduate estimates his paintings have fetched over $50,000 at auction for local charities. A tremendous feat but not quite as big as the accomplishment Parker will achieve tonight when he's handed his high school diploma.