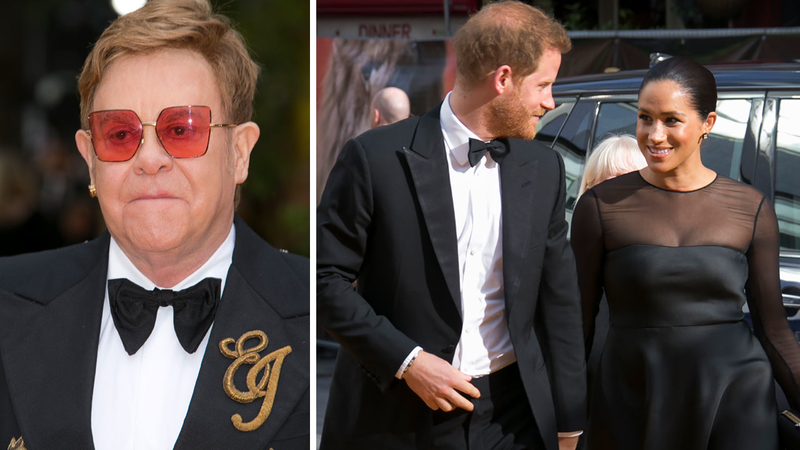 LONDON -- Singer Elton John says he's "deeply distressed" by media accounts that criticized the Duke and Duchess of Sussex for taking a private jet to go on vacation despite the flight's carbon impact of the planet.

John took to Instagram on Monday to slam stories that suggested that Prince Harry and Meghan Markle were hypocritical for accepting jet travel to stay at his home in Nice despite their devotion to eco-causes. Multiple British media outlets reported over the weekend that the royal couple had flown private four times in less than two weeks.

Writing on Instagram, John said he has a profound sense of obligation to Harry because of his friendship with the royal's mother, Princess Diana. John said "unnecessary press intrusion...contributed to Diana's untimely death," while the private jet offered the young couple a "high level of much-needed protection."


He wrote: "I highly respect and applaud both Harry and Meghan's commitment to charity and I'm calling on the press to cease these relentless and untrue assassinations on their character that are spuriously crafted on an almost daily basis."

John said the flight was carbon-neutral because it was offset by a contribution to Carbon Footprint.

Comedian Ellen DeGeneres also came out in support of the royal couple, writing on Twitter: "Portia and I met Prince Harry and Meghan in England to talk about their work on wildlife conservation. They were the most down-to-earth, compassionate people. Imagine being attacked for everything you do, when all you're trying to do is make the world better."

Portia and I met Prince Harry and Meghan in England to talk about their work on wildlife conservation. They were the most down-to-earth, compassionate people. Imagine being attacked for everything you do, when all you’re trying to do is make the world better. pic.twitter.com/226pRO1fj1

Harry spoke with Dr. Jane Goodall in a British Vogue interview just weeks ago, announcing that he and Meghan would not have more than two children in order to protect the planet. After taking such a public stand for environmental issues, both Harry and Meghan are facing questions about whether or not they're putting those policies into practice.